The Stunning Collapse of the House of Saud TMR Editor’s Note:
There’s a very important, yet little known, back story regarding the infamous House of Saud.

That true story has been kept secret for many decades.  However, the time has come for the truth to be revealed.

Many will ask: How is it possible that a Muslim and Arabic Middle Eastern monarchy started with a family that was actually Jewish?

In fact, crypto-Jewry has been alive and active for centuries.  Beginning as a way of blending in with an adopted nation or society, persecuted Jews have felt the necessity to ostensibly convert to the predominant religion of their new homeland.

However, there are various documented accounts that indicate this practice was also undertaken to acquire great power and/or influence, as well as extraordinary privilege and/or wealth.  The House of Saud is a graphic example of all 4.  As follows:

The House Of Saud: It’s Jewish Origin And Installation By The British Crown

Is The ‘Saudi’ Royal Family Jewish?

The Jewish Roots Of The House Of Saud Family Tree

The current chaos in Saudi Arabia, which has occurred in the wake of an earlier coup and series of counter-coups, is bound to intensify significantly.  Because of the inherent volatility of this rapidly devolving situation, anything goes in the Mideast. ANYTHING!

N.B. The post below departs significantly from TMR journalistic standards.  Nevertheless, the content is weighty enough, and so timely, that it warranted immediate publication.  Jim Willie, the author, is one of the most knowledgable financial experts on the planet today.

Fall of the House of Saud, Finally

The Saudi Kingdom will fall, a longstanding Jackass forecast, an inevitable event

The Saudi Kingdom will fall alongside the ruined collapsing Petro-Dollar

The Saudi Royals will scatter and escape with stolen wealth, an absolute guarantee

US will knock off princes to continue the USD, and to prevent deviation toward the East

Iran will knock off princes to stop the Yemen War, and to halt ISIS

Iran has a new vested interest, to avoid the spread of war to Lebanon

The US will deploy its usual terrorism, via Langley and ISIS tool

Significant figure Prince Bandar is under arrest, his wealth frozen

Entire Bush-Clinton Crime Family is falling apart, in the process of being exposed

MbS is buying time, but using the Rubin Doctrine in sabotaging tomorrow

The battle will be played out in Saudi Arabia, leading to grotesque destabilization

At risk of $800 billion in confiscations from rivals

MbS earned the wrath of Langley since they promoted favorite MbNayef

The Saudi – Qatari feud was lost by the Saudis (no friends)

The Saudis have removed their puppet Hariri in Lebanon

Risk of bigger war in Lebanon, pushed by Israeli

The Saudis enjoy almost no friendship even among the OPEC nations

They are war criminals for the Yemen War

The Saudi Military has killed a million civilians in Yemen

The Saudis have avoided having been charged with war crimes

Worse, the Saudis hired a French Stage-4 Lab to distribute cholera to the Yemeni population

Evidence abounds on the dispersed cholera that led to epidemic

Saudis have half the former oil revenues

Need to finance the war and kingdom federal deficits

US wishes to eliminate the Chinese connection in financial dependence

US trying to offer support in return for ARAMCO listing

Saudi popular resentment is widespread for lack of reforms in society

Yemen will target Saudi and UAE cities with missiles, like Riyadh and Abu Dhabi

The Saudis join Iran and Venezuela in the oil consortium

Saudis are resorting to confiscations in a deadly game

Saudi Royals have begun to flee the country, escaping with captured wealth

The Swiss bankers shared in the stolen Arab gold

USGovt wants to obstruct Chinese funding of deficits and other investments

Saudi has some Chinese missiles from recent purchases, shown in parades

Saudi has been courted by Russia on military association

Saudi Arabia is moving away from the US Sphere of influence

These Saudi Royals stole their national treasure for 60 years

These Saudi Royals are all goat herders by genetic right, and will revert as such

The US will eventually toss the Saudis under the bus

Saudi Arabia will shift eastward in alliances, and face collapse with chaos at home

Jackass has insisted on Saudi collapse with palace battles, despite contrary arguments

Crisis repeats since no reform or remedy was even attempted, only more of the same

*** SAUDIS USEFUL TO THE EASTERN SUPERPOWERS ***

But Russia & China will toss the Saudis under the bus also

For a while, R&C will find the Saudis as useful in establishing the Eurasian Trade Zone

However, the requirement is to embrace trade in RMB and Ruble terms 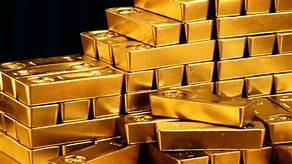 The fate of the Saudis is sealed, which will pave the way to the Gold Standard

In the process, the United States will be forced to launch a New Scheiss Dollar

As the RMB rises with gold fortification, the King Dollar will die a slow certain death