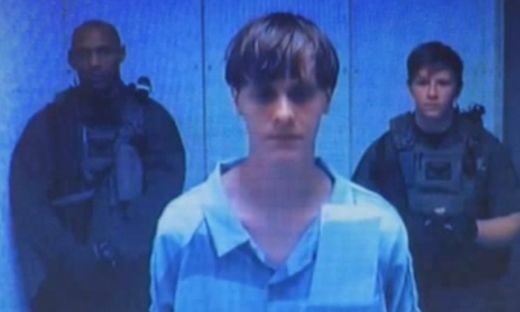 On Wednesday June 17th, nine African-Americans were shot to death in a church in South Carolina, allegedly by a 21-year-old white man named Dylann Storm Roof. The attack took place during evening prayers in one of the country’s oldest churches, at Charleston’s Emanuel African Methodist Episcopal church. The church has one of the largest black congregations in the US South.

On the same night as the Charleston shooting, persons unknown shot up another church in Memphis, Tennessee. No one was killed and wounded that attack, but this could be the start of a new ‘trend’ in the area of mass shootings in the USA.

South Carolina’s governor said: “If this can happen in a church, then we’ve got more praying to do.” Her statements are typical of government and media vacuous platitudes in the aftermath of such horrific events, the real message being: ‘this was done to all of us by all of us, we must stay strong, stay together, and you the people must believe even harder in what your leaders are telling you.’

Was the alleged shooter motivated by hatred for Blacks? On the face of it, that would appear to be the case. He is reported to have said he wanted to ‘start a race war‘. But it is not everyday that white supremacists cross the line from just being mouthy racists to calmly executing people.

The liberal, progressive viewpoint highlights the inconsistency of casting the Charleston shooting as the work of a mentally unstable lone nut, while the ‘black community’ would have been blamed if the shoe was on the other foot. While this is certainly noteworthy because it speaks to institutionalized, pervasive racism in the US, it’s missing the crucial question of who or what stands to benefit from increased racial tensions. It certainly isn’t ordinary people in the US, no matter their race or class.

Comedian and social critic Jon Stewart (among others) is blaming ‘society’ for what happened in Charleston. ‘We’ did this, ‘we’ are to blame, is the message.

With such a conspicuous attack at the heart of the black community in the US striking at a most inconspicuous time – within a year of Ferguson, Baltimore and a number of other police murders of black Americans – alternative and conservative media smells a rat, but believe, in their rush to defend guns, that the stench is coming from a push by the Feds to impose strict gun control laws.

Do you know how we know that gun control laws could not possibly be the motive behind these shootings? Because, despite all the talk, there has been no net change in US citizens’ right to bear arms. If anything, the case could be made that, rather than becoming tighter, gun control laws in the US are becoming more lax. And do you know what else? Gun sales increase after such events and then remain high. The ‘deep government’ is no doubt well aware of this fact.

Dylann Storm Roof didn’t want to “start a race war”. But the entities speaking and operating through him very obviously DO want to start a race war. Even if we assume that Roof’s trial-by-media is in the ballpark – that he was present at that church in Charleston that evening, and that he did single-handedly kill all those people – that doesn’t exclude the strong probability that he is also another hapless dupe in a long line of hapless dupes.

How plausible is the idea of a ‘Manchurian candidate’, a mind-programmed assassin? Is there any evidence that, if someone chose to, they could ‘program’ or hypnotize another person in such a way that, against their own conscious nature, they would go as far as to kill another person(s)? The case of the alleged murderer of Bobby Kennedy, Sirhan Sirhan, appears to provide at least circumstantial evidence that it is possible.

Apart from the ballistic evidence that more shots were fired at Kennedy than were in Sirhan’s gun, that Kennedy was shot behind the ear when Sirhan was only ever in front of him (suggesting a setup with a second shooter), and the fact that Sirhan appears genuinely unable, to this day, to remember killing Kennedy, there is also the fascinating testimony of doctors and his (former) lawyer, Laurence Teeter:

First of all, right after the assassination, Sirhan spoke to a prosecutor, and he engages in a very articulate colloquy about somebody else’s case. Not his own, somebody else’s. The prosecutor, sensing that something is wrong with this scenario, asks Sirhan questions to determine if he knows where he is. It quickly becomes apparent that Sirhan has no idea that he hasn’t even been taken before a judge to be arraigned. He’s totally not oriented, he has no contact with reality. He doesn’t know what has happened. This is right after he’s been taken into custody. That right there is pretty powerful evidence that he’s operating in an altered state of mind. 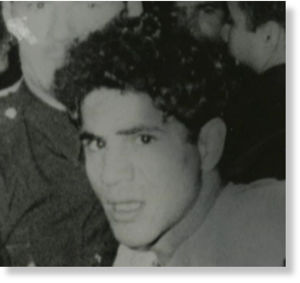 Sirhan Sirhan, immediately after he apparently did not shoot RFK.

In his cell, Sirhan is met with experiments performed by defense psychiatrist Bernard Diamond. Bernard Diamond holds up a quarter in front of Sirhan’s face and Sirhan goes right into a hypnotic trance, indicating to the doctor, according to testimony presented in trial that Sirhan was an experienced hypnotic subject and had undergone hypnosis before the assassination. Well, right there is the basis for laying the foundation of the argument that Sirhan doesn’t deserve the death penalty, and there is certainly the basis for exploring the possibility that he was programmed. And then there is more that materializes along these lines.

Dr. Diamond tells Sirhan in trance, ‘Sirhan, when I wake you up, I’m going to touch my forehead and you’re going to go and climb the bars of your cell like a monkey’. So he wakes him up, touches his forehead, up the bars of the cell goes Sirhan and looks down at the doctor with monkey-like expressions. The doctor says, ‘Sirhan, who told you to do that?’ ‘No one! I’m doing it on my own!’ A perfect example of Sirhan’s high level of hypnotizability and programmability. He’s been programmed to do something he wouldn’t ordinarily do. With no memory of being programmed, with no knowledge that he’s acting in response to instructions from a programmer. It’s a perfect example of how this assassination was arranged, and there are others.

Hypnosis is the direct, ‘hands on’, approach to mind programing, but there is also the indirect ‘voices in your head’ approach, the technology for which is, by now, almost dated. From a 2003 New York Times article:

”Watch that lady over there,” he says, unable to conceal his boyish pride for the gadget in his giant hand. ”This is really cool.”

Woody Norris aims the silvery plate at his quarry. A burly brunette 200 feet away stops dead in her tracks and peers around, befuddled. She has walked straight into the noise of a Brazilian rain forest — then out again. Even in her shopping reverie, here among the haircutters and storefront tax-preparers and dubious Middle Eastern bistros, her senses inform her that she has just stepped through a discrete column of sound, a sharply demarcated beam of unexpected sound. ”Look at that,” Norris mutters, chuckling as the lady turns around. ”She doesn’t know what hit her.”

Norris is demonstrating something called HyperSonic Sound (HSS). The aluminum plate is connected to a CD player and an odd amplifier — actually, a very odd and very new amplifier — that directs sound much as a laser beam directs light. Over the past few years, mainly in secret, he has shown the device to more than 300 major companies, and it has slackened a lot of jaws. […]

‘See, the way your brain perceives it, the sound is being created right here,” Norris explains to the Arbus girls, lifting a palm to the side of his head. ”That’s why it’s so clear. Feels like it’s inside your skull, doesn’t it?”

In the years Norris has demonstrated HSS, he says, that’s been the universal reaction: the sound is inside my head. So that’s the way he has started to describe it.

Just to check the distances, I pace out a hundred yards and see if the thing is really working. Norris pelts me with the Handel [concerto] and, to illustrate the directionality of the beam, subtly turns the plate side to side. And the sound is inside my head, roving between my ears in accord with each of Norris’s turns.

The goal of the Sonic Projector program is to provide the services with a method ofsurreptitious audio communication at distances over 1 km. Sonic Projector technology is based on the non-linear interaction of sound in air translating an ultrasonic signal into audible sound. The Sonic Projector will be designed to be a man-deployable system, using hardware and signal processing algorithms which result in clear audible signals at the desired location and unintelligible sound at locations away from the desired location. The Sonic Projector system could be used to conceal communications for special operations forces and hostage rescue missions, and to disrupt enemy activities.

We should also remember that the CIA (and others) have officially been experimenting with the behavioral engineering of humans (in many different ways) since the 1950s. Are we to assume that, during the course of their research, which was conducted at over 80 institutions across the US, including 44 colleges and universities, as well as hospitals, prisons and pharmaceutical companies, they never stumbled upon the fact that some people can be hypnotized and ‘programmed’ to do pretty much whatever the programmer wants?

Placed in the context of all that has happened in the US recently, the Charleston mass shooting strikes us as a rather transparent next step in a process of deliberately increasing racial tensions in the USA. From the Ferguson riots last year, to two cops being executed in a police car in New York City early this year, followed by the Baltimore riots; but those were all ‘police vs black community’. Now we appear to be moving into ‘white community vs black’.

Conditions are ripening for further social division in the US. With the growing prospects for a major economic crisis (also largely manufactured), the stage appears to be set for a perfect storm that will leave no one untouched. Make no mistake, the coming chaos is manufactured, its purpose the consolidation of global control by a regime of psychopaths who live for the ‘pleasure’ of exploiting, tormenting and ultimately destroying as many human beings as possible.

Coming up next on ‘America’s Color Revolution’: a black man goes postal against defenceless whites…