As the film VAXXED continues to be shown in new cities across the U.S., parents of vaccine damaged or vaccine killed children are turning out to see the film, and the VAXXED film crew often interviews them to record their stories.

In the interview above, obviously in the lobby of a theater, one young couple speaks about how their healthy 2 month old baby died 12 hours after receiving 8 vaccines in one visit to their pediatrician.

When the infant was pronounced dead at the hospital, and the parents mentioned during the investigation how the baby had received 8 vaccines that day, no one at the hospital allegedly investigated further to look for a vaccine connection. They talked to their pediatrician the next day, and she refused to link the death to vaccines, instead calling it SIDS (Sudden Infant Death Syndrome).

The medical professionals would not even report the death to VAERS (Vaccine Adverse Event Reporting System), the government database to report vaccine injuries and deaths. It was the coroner who reported it to VAERS:

We got a lot more help from him (the coroner) than we got from our own pediatrician.

Dr. Suzanne Humphries, who left her medical practice as a nephrologist after she observed consistent vaccine damage to kidneys in her patients but was stonewalled by medical authorities when she tried to report it, commented on this video on her Facebook Page:

This video is exactly the kind of incident that makes me “anti-vaccine.” When the establishment that “persuades rather than informs” parents (by orders on high–see attached power point slide) about vaccines, refuses to be responsible for the death and chronic sickness they cause– yes that makes me an anti-vaccine doctor. Maybe it wouldn’t be that way for me, if they at least were careful about how they sling vaccines around and then never ever are repentant after they kill people.

I hear case after case of babies dying after vaccines and the parents supposedly falling prey to what the establishment terms “the coincidence dragon” (see slide from Smith 2013 PMID: 23654058). 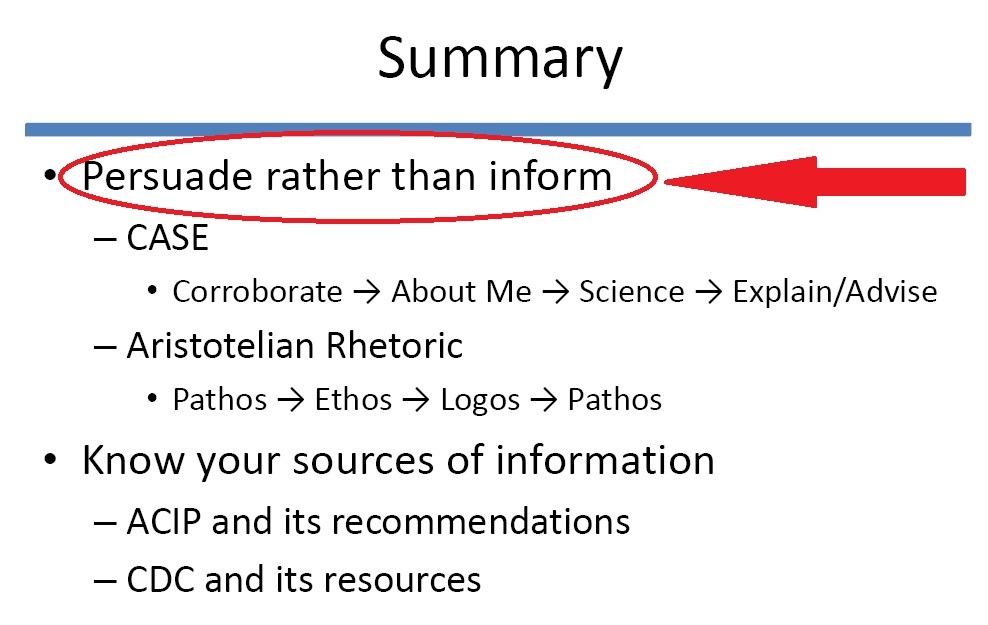 Parents and teens tell me how healthy and successful and vibrant, they were before HPV vaccines. And the coincidence dragon bites away at them–leaving them in wheelchairs and getting all the best medicine, the gold standards, have to offer– and they don’t recover. They get worse. And the parents are denied any right to sue, even in vaccine court. This letter came across my desk this week regarding another HPV vaccine casualty “All parties told me there was nothing we could do. I even went to a lawyer and he said there just was not enough proof that this vaccination caused her problems even though her doctor Dr. XXXXX wrote and presented her case to a large group of doctors at a pediatric conference in New York in 2012.”

Doctors who love vaccines, say they are shamed by my attitude and they can’t believe that I am still representing the “noble profession of medicine,” and that I should have my license to practice revoked. Well, I watch in horror, observing their arrogance and ignorance, creating a mass of graves and business for nursing homes and rehab centers for teens who don’t recover. They lack knowledge and curiosity, and should hide their heads in shame.

One could reason that I should be anti-doctor instead of anti-vaccine. The problem is that there seem to be a few good, safe, and necessary doctors . . . but after my full investigation, I cannot say the same for vaccines.

These ever-abundant stories, considered anecdote or coincidence dragon, fuel my passion to keep going on days when I want to throw in the towel.

More about the film VAXXED:

Producer of VAXXED Speaks Out: “This is Bigger than Watergate”