Is the gold-rigging cartel finally being broken up? 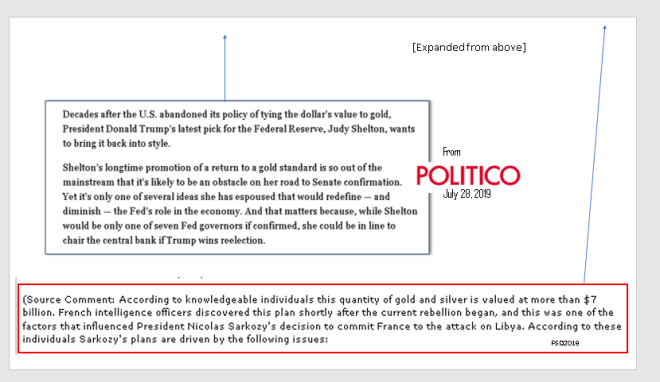 Albeit a bit too late for Muamar Qaddafi, Martin Armstrong on his blog today brings our attention to the September 16 RICO action brought against the JP Morgan-Chase precious metals desk, involving a multi-year scheme to manipulate gold and silver prices.

Is the cartel seriously being broken up after decades of gold bug recriminations? It may be time to dig out our fillings. That would be a sea change and so oddly timed, coming on the heels of the besieged security guarantee implicit in the OPEC petrodollar as Lockheed Martin’s (builder of the Maginot Lines of the future) proved no match for a Radio Shack offensive of goatherd drones.

Human cogitation has a not-to-exceed velocity. Too many things are happening all at the same time. Months are being conscripted into a full day’s work.

Why are so many received monolithic notions being challenged with eerie simultaneity?

And who has a map showing the unseen filaments of connective tissue?

It’s the haplessness of the peeps that can eat you alive: Hands off our wardens! It may be Stockholm Syndrome, but it’s our Stockholm Syndrome. Pepe the Slowly Boiling Frog is quite happy on his toasty lily-pad, thank you very much.

But then Trump had to go and antagonize the Thirdest Rail of all. Is he crazy-stupid or does he have balls of titanium?

Okay, the Gold Standard has a lot of flaws despite what the conspiracy crowd would have you believe. (For one thing, it would be massively deflationary. But we digress.) The point is, the business of currency is not the province of elected poobahs. Period. That decision converges at a much higher level on the planet, a level of Deadly High Seriousness.

By the way, where did Judy Shelton’s Fed nomination go? There’s been news void around her for months.

On the impeachment front, the incomparable Sundance at the Conservative Tree House is doing Gd’s work like a one-man Alinsky wrecking crew. Still the Bolsheviks ooze through every crack and pore like proper vampires never seeming to sleep. The depths and extent of procedural rule-changing and forethought is truly frightening. No wonder Pelosi can’t pass a bill!

When the B-of-E’s Mark Carney is signaling thin-air (digital) i.e. the Synthetic Hegemonic Currency (SHC) as our future, while Trump is hinting that his druthers lie with some version of the Gold Standard, you know a Battle of the Titans looms ahead.

You have to love the telegraphed, macabre humor of the bankers. Hey Mark, did you have to use hegemonic? The BIS boot of Basel is already Orwell staring you in the neck. 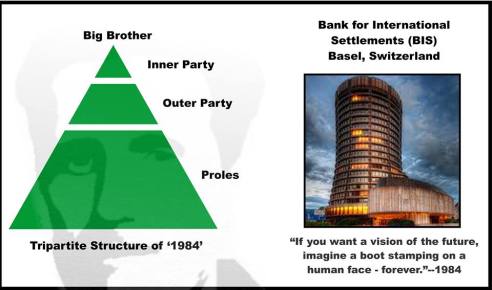 Currency going forward will lack all earthbound metrics. It will descend from the skies from enclaves unseen, dispensed from a deus ex machina kiosk like ET manna to the Digitally Deserving. Social credit scores will assist proper allotment. Price discovery has been suspended forever, the better to erase notions of valuation and accumulation, and to enhance and extend alienation.  Dear citizen, your price-auction jostling is no longer required. Here are your vouchers. In the future, the barbarous metal will become even more a pariah than before. An odd, clanky duck.

Furthering the alienation front, refugeeism will be normalized and promoted. Being from nowhere enhances the malleability quotient. So get over those borders, you weaklings! There’ll be no cowering behind imaginary cartographer’s lines in our brave new world. 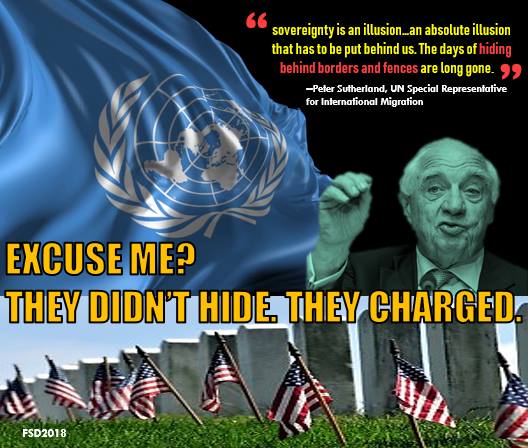 Having run out of monetary levers, the bankers will increasingly impose themselves onto the traditional ‘democratic’ realm of fiscal policy  where a strict two-line budget will be imposed: debt service and Praetorian Guard (i.e. military to protect the peonage status quo). Former Fed President Bill Dudley recently gave us a awkward heads-up. Don’t worry they’ll polish their delivery in the future.

Years ago, the Ukrainian-American comic Yakov Smirnoff used to joke about Soviet TV’s the two channels. Channel One had a burly guy reading the news. Channel Two had a more sneering burly guy: ‘go back to channel 1’. Yes, the public sector budget will be something like that.

About a year ago, the highly influential Commission on National Defense Strategy for the US released to Congress its report “Providing for the Common Defense”. Here’s an excerpt:

“Comprehensive solutions to these comprehensive challenges will require whole-of-government and even whole-of-nation cooperation extending far beyond DOD. Trade policy; science, technology, engineering, and math education; diplomatic statecraft; and other non-military tools will be critical — so will adequate support and funding for those elements of American power.”

Translation? Everything [that the bankers don’t harvest for debt service] will be plowed into defending the nation. American Power will not go wanting. Sounds like fascism to me.

Fathers will regale their children with tales of entitlement spending. Imagine that kids. Public spending with the public in mind. If you think you’ve seen a servile boot-licking political class up til now, just wait!

Years ago Jim Rickards spoke of a dystopian 2024 by which time gold will have been buried in a Swiss vault, never to see the light of day again. What’s the BIS timeline, one wonders?

Just because there aren’t enough Pandora’s boxes flying open at the moment, our fearless POTUS sent Neocons to bed seething this evening. ISIS training grounds will soon be demolished in Northern Syria when the Turks open them up to the Russian and Syrian Army.

Why? Something about sparing the blood America’s kids, as if that ever ranked before. Something too about keeping campaign pledges. If you thought Cuban nationals went loco after the Bay of Pigs, well, let’s just say this feels orders more grave, especially with  the Empire orders more sclerotic. Where’s Sam ‘Momo’ Giancana to inject some calm and restraint when America so desperately needs it?

Every spare moment of every day, pray pray pray for Trump. 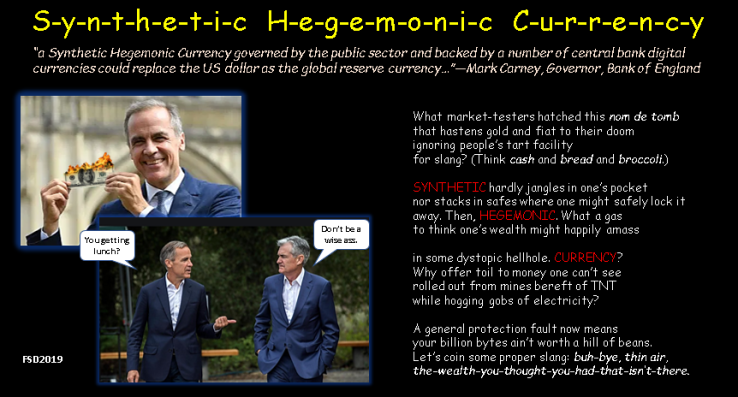