The Shock Doctrine: The Rise of Disaster Capitalism by Naomi Klein

The global network of oligarchs are internationalists in business, crime, war and profit through international banking/money laundering networks. In profiteering, they have NO allegiance to sovereignty of the USA or any particular country. This is the appeal of the so-called “New World Order” under the United Nations and Agenda-21 – (Behind the Green Mask by Rosa Koire)

Climate change is designed to unite the world population into a greater cause than the Constitution of the Unites States, for example. The Gun-grab PsyOps are connected under mandate of the UN Office of Disarmament Affairs (UNODA), designed to undermine the 2nd and 1st amendments. Silicon valley is developing a Chinese style social credit system for the USA while Google and Facebook are increasingly censoring protected first amendment speech. The MSM is doing the same thing. It’s all connected to ongoing development of the NWO under oligarch control of the United Nations. A key term is “The Administrative State” where US policy is developed by corporations with international ties and networks. This is a public private partnership where taxpayers foot the bill for foreign interference. Naomi Klein explains the principal in her book – The Shock Doctrine: The Rise of Disaster Capitalism 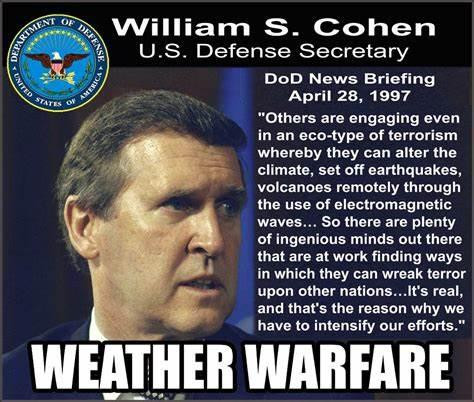 Planetary Weapons and Military Weather Modification: Chemtrails, Atmospheric Geoengineering and Environmental Warfare  – Manipulation of the Weather and climate is another internationalist profit motive where commodities can be traded on the stock market when a select few have foreknowledge of fires, hurricanes and floods.

Disaster Capitalism – Making a Killing Out of Catastrophe

Award-winning journalist Antony Loewenstein travels across the US, Britain, Afghanistan, Pakistan, Haiti, Papua New Guinea and Australia to witness the reality of Disaster Capitalism—the hidden world of privatized detention centers and militarized private security, formed to protect corporations as they profit from war zones. He visits Britain’s immigration detention centers, tours the prison system in the United States, and digs into the underbelly of the companies making a fortune from them. Loewenstein reveals the dark history of how large multinational corporations have become more powerful than governments, supported by media and political elites.