You mean Smollett bought his way out of a 16-count felony indictment with $10K?!

Actor Jussie Smollett’s willingness to fork over his $10,000 bond to the City of Chicago Law Department was a key factor behind prosecutors’ decision Tuesday to drop all charges accusing him of staging a fake hate crime against himself.

“There would be no nolle without the forfeiture,” Kiera Ellis, a spokesperson for Cook County State’s Attorney Kim Foxx, told the Chicago Sun-Times.

The Sun-Times reported that “nolle” is a reference to the Latin phrase “nolle prosequi,” which means “to refuse to pursue.”

“Empire” actor Smollett, 36, faced 16 charges for allegedly filing a false police reportclaiming that two individuals wearing “Make America Great Again” hats attacked him on the street with a chemical substance and a noose.

The state’s attorney’s office said in a statement Tuesday it dropped the charges “[a]fter reviewing all of the facts and circumstances of the case, including Mr. Smollett’s volunteer service in the community and agreement to forfeit his bond to the City of Chicago.”

The office added in a statement to The Daily Caller News Foundation that Smollett’s charges “would not have been dropped” had he not forfeited his $10,000 bond and agreed to do community service.

Judge Steven Watkins ordered Smollett’s court file to be sealed immediately after the charges were dropped, according to the Chicago Tribune. 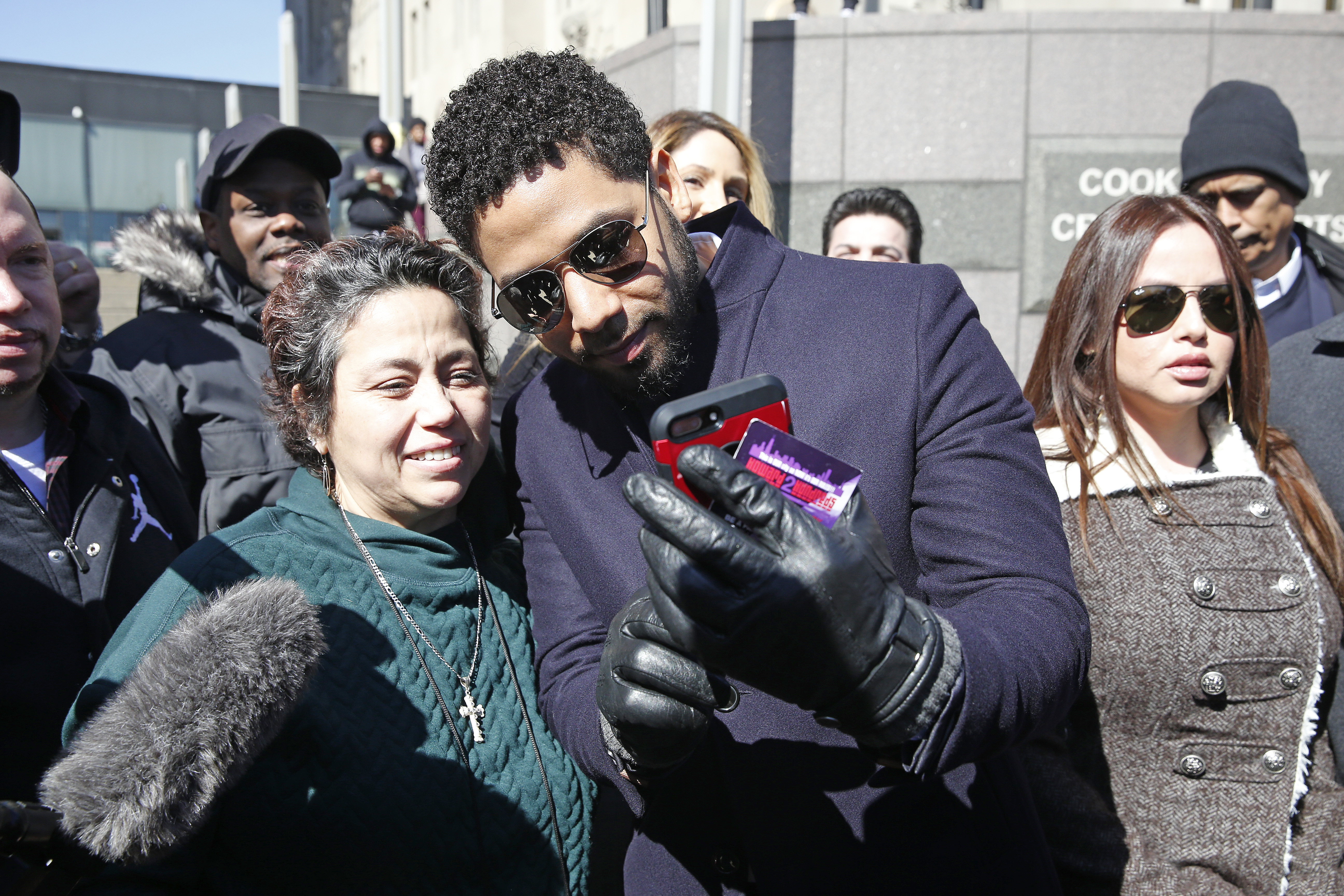 A fan takes a selfie with actor Jussie Smollett following his court appearance at Leighton Courthouse on March 26, 2019 in Chicago, Illinois. (Photo by Nuccio DiNuzzo/Getty Images)

Chicago Police Superintendent Eddie Johnson, who said the case against Smollett was “rock solid,” was reportedly “furious” after learning of the decision to drop the actor’s charges during a police academy graduation ceremony. (RELATED: Police Chief ‘Furious’ At Smollett Case Dismissal)

The abrupt decision to drop all charges against Smollett was “a kick in the gut,” said Ed Wodnicki, the police commander who oversaw the investigation into the actor.

“We wasted time and effort on a reported serious, serious crime, to get to the point that it’s a lie? I want reimbursement. I’m a citizen in the city of Chicago. I want my money back,” Wodnicki said, noting that the $10,000 bond that Smollett forfeited “doesn’t come close” to the cost incurred to investigate the case.