SOTN Editor’s Note: This website published an article on October 31st in which it was predicted that the Democrats would attempt to steal key Florida elections in Broward County.  Now we see that’s exactly what they are attempting to do.  Here’s the excerpt.

“Hence, in order to correctly understand who is coordinating the current spate of terrorist attacks throughout the USA since 9/11, one need look no further than Broward County. It’s also where the globalists plan to steal the FL governor election (and maybe the Senate seat, too) of 2018.”
(Source: BROWARD COUNTY: Operational Headquarters for Israeli Intelligence-Directed False Flag Operations and Mass Casualty Events in America)

FL SEN: Something Very Odd (And In Violation Of State Law) Is Going On In These Two Democratic Counties 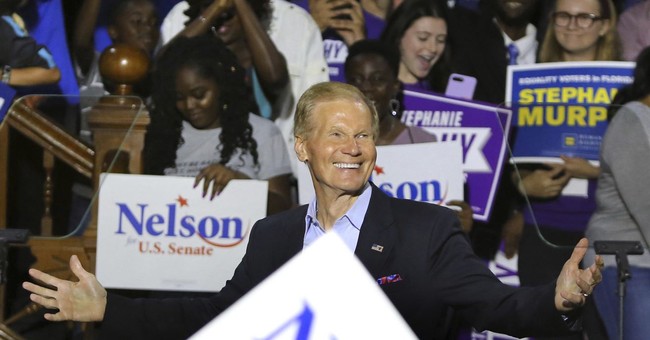 What’s happening in Florida is unacceptable. The #Broward Elections Supervisor has been pulling stunts like this for years and we’re not going to let her get away with it. https://t.co/v4f0yZVk3Y

Something odd is occurring in Florida’s Senate race. Republican Gov. Rick Scott has declared victory over incumbent Democratic Sen. Bill Nelson. At the time, Scott led Nelson by a little over 34,500 votes. It’s now been cut to around 18,000. We’re heading into recount territory, as Scott’s lead has dwindled to 0.2 percent; less than half of one percent triggers an automatic recount. Yet, in two Democratic bastions—Palm Beach and Broward counties—they’re taking their sweet time counting the votes and not telling how many are left outstanding.  A category four hurricane recently hit the state and yet every county, including the ones slammed by Michael, have all counted their votes. In Broward, the supervisor there isn’t keeping regular reports on the ballots that need to be counted. She also appears not to know and has been dumping thousands at a time in the late night hours.

#Broward supervisor:
– says she doesn’t know how many ballots are left to be counted; &
– Isn’t reporting hourly or regularly,but rather releasing thousands of additional votes,often in the overnight hours,that are chipping away at GOP leads

#Broward elections department has a history of violating the law:

A court found they improperly handled votes by mail:https://t.co/NOE6qdbWly

Court found they destroyed ballots in 2016 in violation of state & federal law:https://t.co/ywP8qE46J5 #Sayfie

A U.S. Senate seat & a statewide cabinet officer are now potentially in the hands of an elections supervisor with a history of incompetence & of blatant violations of state & federal laws.

Democrats are actively working to steal another election in Florida. https://t.co/LvURSiuF2M

Sen. Marco Rubio (R-FL), who fears that the Democrats might steal this election, detailed all of this on Twitter. He’s not the only one who thinks this election could be stolen. Now, scores of Democrat lawyers are pouring into the state, and just like in 2000, they’re only concerned with just counting the Bill Nelson votes. Oh, and the Broward Elections supervisor is known to be a total disaster at her job, like illegally destroying ballots disaster (via Miami Herald) [emphasis mine]:

Broward County’s Elections Department will receive special attention from state officials this November after a series of glitches, mistakes, and one case of illegal ballot destruction has some voters wondering if they should even trust the results coming out of the elections department telling them to “vote with confidence” on Nov. 6.

Following a court ruling in May that Broward Elections Supervisor Brenda Snipes had illegally destroyed ballots from a 2016 congressional race, the governor’s office announced the Florida Department of State would send election experts to Snipes’ office during this year’s election “to ensure that all laws are followed” and “to observe the administration of the election.”

“I think the problems are blown out of proportion,” Snipes said as she led a reporter around the elections staging facility in Lauderhill in October. “Broward is nitpicked to the bone. Other places have the same problems, different problems. It’s just that they are not spotlighted like we are.”

Even beyond her own reprimand for authorizing the destruction of ballots, Snipes cannot deny the department’s patchy track record. In 2016, early voting results for Broward were posted a half hour before polls closed, in violation of election law. Her office was sued unsuccessfully because a constitutional amendment was missing from some mail-in ballots. The electronic system used by the county was also later found to have been targeted by Russian government hackers — although it’s unclear whether that affected results and had nothing to do with the early posting.

On multiple occasions, there have been problems with printing mail ballots. And in the August primaries, Broward was the last county to post election results. The department cited reasons from unexpected recounts, delayed jump drive delivery — rumor was they were temporarily lost — to a late influx of mail-in ballots that were still being counted the next day, leaving the results of several races unclear.

“We have consistently been the bottom of the barrel getting our voting results in,” Broward County Commissioner Nan Rich said at a September meeting to discuss how to prevent future delays in posting results. “I don’t want to be 67th in 67 counties again in voting.”

Well, you are dead last, Broward County…and this looks like this race could end in a very nasty manner.