As always, the British spinmeisters spin the tales that dictate the MSM narrative on false flags in the USA. The Austin bomber was involved in a teenage Christian “survivalist” group that discussed weapons and dangerous chemicals, according to a childhood friend.

Police in Texas are hunting for clues about what drove the 23-year-old to embark on a bombing spree which killed two people and terrorised the state capital for weeks.

“He and and his family are as normal as I’ve seen anybody,” Jeff Reeb, a neighbour of the Conditt family in Pflugerville for approximately 17 years, told The Independent.

Another neighbour, Lee Roca, said he was shocked when he saw Conditt identified as the bombing suspect on the news. Mr Roca said he recognised Conditt from karaoke nights at a local bar called Red Rooster, and he may well have shaken his hand.

Officers found a 25-minute mobile phone recording that they said amounted to a “confession” after Conditt blew himself up as authorities closed in on him on Wednesday.

Austin police chief Brian Manley said officers had also found a “target list” of “additional addresses we believe he was using for future targets”, but nothing that gave any indication of a motive.

Conditt is reported to have used to alias “Kelly Killmore” on explosive packages he sent to victims.

Former friends remembered Conditt as a “pretty normal kid” who was home-schooled by his “conservative, strictly religious” family in Pflugerville.

Conditt attended RIOT events with his younger sister, said Cassia Schultz, who was also involved in the group.

“A lot of us were very into science; we would discuss chemicals and how to mix them and which ones were dangerous,” Ms Schultz told BuzzFeed News.

The 21-year-old added: “We were into weapons and stuff. A lot of us did role-playing, and RPG [role-playing games]; we’d have foam weapons and act out a battle.”

Ms Schultz said many young people involved in RIOT carried knives and learned to shoot firearms at gun ranges, but she did not recall bomb-making being a topic of discussion. 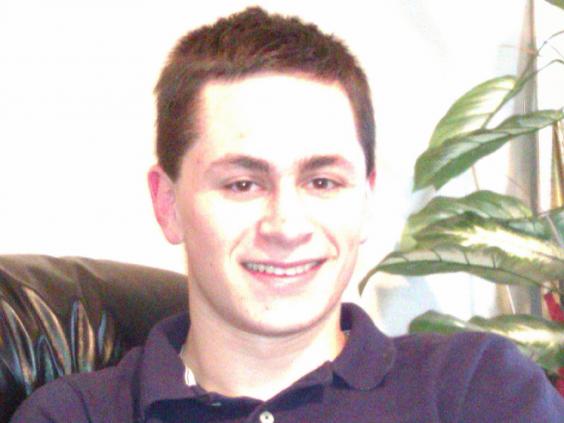 RIOT was set up and named by home-schooled children of high school age in Pflugerville and their families. The group’s events, which also included archery and water balloon fights, included up to an hour of Bible study.

Ms Schulz said she had not seen Conditt for three or four years and was “completely shocked” to hear he was the bomber.

“Nobody has mentioned him being violent or anything like that,” she added.

Conditt is said to have used a fake name to mail five explosive packages to his targets, killing a 17-year-old boy and a 39-year-old man. Another bomb was left at the roadside attached to a tripwire.

Five people were injured in the blasts, two of them critically. The wounded included a FedEx employee at sorting office in the city of San Antonio, about 100 miles from Austin.

Conditt was captured by CCTV cameras wearing gloves and a wig as he dropped off two parcels at a FedEx delivery centre in Austin last week, and was also filmed shopping for bomb materials including batteries and nails at a Home Depot shop. 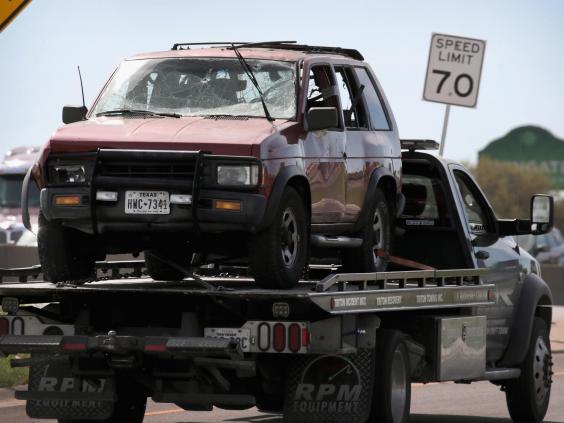 The vehicle that the Austin package bomber, Mark Anthony Conditt, was driving when he blew
himself (Getty Images North America)

Conditt appeared to have only a modest social media presence and left few clues about his motive online. Aside from a few photos of him on his family’s Facebook pages, his online presence includes little more than an online blog he created in 2012 as part of a government class project.

In the post titled “Defining my Stance” he gives his opinion on several issues, often in response to commentary by someone else. Conditt wrote that gay marriage should be illegal, argued in favour of the death penalty and gave his thoughts on “why we might want to consider” eliminating sex offender registries.

Of gay marriage, Conditt wrote: “Homosexuality is not natural. Just look at the male and female bodies. They are obviously designed to couple.”

In the “about me” section of the blog, Conditt wrote that he was not ”that politically inclined,” saying he viewed himself as conservative but did not have enough information ”to defend my stance as well as it should be defended.” He said he hoped the class would help him do that.

A friend of Conditt said he could be “dominant and intimidating in conversation”. Jeremiah Jensen, 24, told the Austin American-Statesman that he knew Conditt through the home-schooled community in Pflugerville would go to his and home for lunch after church on Sundays. They also attended Bible study and other activities together.

“When I met Mark, he was really rough around the edges,” Mr Jensen said. “He was a very assertive person and would… end up being kind of dominant and intimidating in conversation. A lot of people didn’t understand him and where he was coming from.”

He added: “I have no idea what caused him to make those bombs.”

Conditt’s family said in a statement they had “no idea of the darkness that Mark must have been in”. His grandmother said she was shocked to learn her grandson was being accused of the attacks, and called him a “very kind” and “loving person”. She told CNN that Conditt was a “very quiet and a deep thinker”.