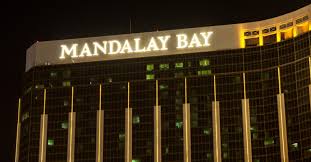 “He’s just a guy who lived in Las Vegas, played at the casino’s and went on cruises.” – Eric Paddock – Brother of Accused Las Vegas Shooter

“You had to attack civilians, the innocent people, unknown people far removed from any political game. The reason was quite simple – To force the public to turn to the state for greater security.” – Operation Gladio Operative Vincent Vinciguerra

Like Operation Gladio, the CIA and NATO organized operation used to terrorize the European population into submission for decades,The Las Vegas shooting is the latest in a long line of false flag attacks meant to instill fear in the public in order to convince them there is an immediate need for strict gun control and the need for more and more security measures. Soon we will have expensive metal detectors and enhanced security measures implemented not just in casino’s but everywhere we go. The Marxist left currently labels anyone who believes we should enforce our immigration laws as a racist and Trump supporters as white supremacists. The same way they will now accuse the NRA and all gun owners of being terrorists.

Immediately after the Las Vegas shooting witnesses claimed that just like Sandy Hook and the Aurora Colorado attack, there were multiple shooters involved. On video from Las Vegas, You can clearly hear more than one gun firing and see the flashes of the gun from the fourth floor. By the morning, of course, they were already reporting that a lone gunman was responsible and that the machine gun fire was coming from the 32nd floor. Unfortunately, you can’t believe a word reported by the liars in the mainstream media. Some are also questioning the firearms used, saying that it sounded like a platform machine gun and not an assault rifle. Former CIA officer Robert David Steele says This shooting appears to be a classic false flag operation with both financial bonanza and political subversion aspects.

In an interview after the shooting, a young woman said she was near the front of the stage about 45 minutes before the shooting when a Hispanic man and woman rudely pushed their way to the front and became involved in an altercation with some people near her. She said the woman began shouting, “you’re all going to die tonight.” Security eventually escorted them out. What did she know? I’ve not seen this interview on the mainstream news.

Enter the “Patsy” Stephen Paddock. Mesquite police, where the gunman lived, said they didn’t know him and said he had no criminal record in the state of Nevada. He had no criminal record in any other state with no record of a parking ticket to be found in his name. According to the Washington Post Paddock was a licensed pilot who owned two planes and held hunting licenses in Alaska and Texas. Paddock had no health, money, or personal problems according to his brother who said the accused shooter was a multi-millionaire who owned 5 houses in 3 states and 2 handguns that he kept locked in a safe. Not the profile of your typical crazed mass shooter who doesn’t appear to have any motive for this insane act.

Paddock also worked as an Accountant for a company associated with The largest defense contractor on the planet, Lockheed Martin. A spokesman for Lockheed Martin refused to say exactly which company Paddock worked for. Why? Did he come across some information at work that got him killed? Did Paddock have a visitor to his room that killed him and set him up to look like the killer? There are reports that ISIS and Antifa material was found in his room. Suspiciously the same way they found Mohammed Atta’s passport survived the flames of a burning building and found 2 blocks from the Twin Towers on 911 or when the Paris gunman in the Charlie Hebdo shooting who attacked with military precision, but conveniently left his ID behind for the authorities to find.

Oddly enough O.J.Simpson had just been released from prison on Saturday and was staying in Las Vegas, so the national press corps was there to cover the shooting. It’s odd because prisoners aren’t usually released on the weekends in Nevada. Why was OJ? Coincidence? Matt Bracken author of “Enemies Foreign and Domestic,” was a guest on Alex Jones show and said the recent Antifa expose is evidence that these fascist groups are becoming increasingly violent and will be used to foment a civil war that will be used to transform America into a police state. They want to take our guns and control our movement and communication.

Jack Kenrick on Squawker reported that 3 weeks ago on 9-11 a mysterious 4chan user named John, warned other users to stay away from any gatherings of large groups in Las Vegas or Henderson Nevada, stating that he had insider knowledge of what he referred to as a high incident project that was set to occur soon. He said,”They want to make the American public think that places with extremely high security aren’t safe. They are trying to create more regulations. You will see laws proposed to put up more metal detectors and security devices and that the media and politicians will call for a greater police presence at large events”.

He went on to say, that the plan was to put these devices in high schools, universities, federal buildings, you name it. The main producers of these machines are the Chertoff Group and OSI Systems. He specifically states that Jewish Neocon former Homeland Security Director Michael Chertoff and Jewish billionaire Neocon Sheldon Adelson were involved. Chertoff, an architect of the Iraq war, is the CEO of the Chertoff Group, a global security, and risk management company. He was accused of abusing the public’s trust in 2010 by raising security fears unnecessarily to sell more body scanners.

Sheldon Adelson made his billions in gambling as the owner of casino’s and spends millions of dollars every year backing conservative candidates who vow to keep legalized gambling out of their states. This lying casino owner said he is morally opposed to online gambling. He gave conservative candidates $80 million during the 2016 election campaign.

Chertoff is also on the board of a well-funded Neocon national security advocacy group with both Republican and Democrat puppets of Israel, who want war with Iran and regime change in Syria. Others in the group include William Kristol, and Mike Morell, among others. All of them played a big part in lying the American public into backing the Iraq War, arming terrorists in Libya and Syria, engineering the Neocon led coup in Ukraine and are working together to keep the Russian collusion story alive to keep Trump from normalizing relations with Putin.

Mueller is in on it. So too I believe is Jeff Sessions and Rod Rosenstein who appointed Mueller as special counsel. Sessions and Rex Tillerson have been accused by Judicial Watch of protecting Hillary Clinton in both the e-mail and Benghazi investigations. Where is Trump on this? It is frightening to think that Trump is so clueless and out of touch.

Congressman Dana Rohrabacher recently met with Wikileaks founder Julian Assange in England and says he is convinced there was no Russian hack. Assange told Rohrabacher that he would provide incontrovertible evidence that no hack of our system was done by Russia if Trump would give him a pardon, which Rohrabacher said he would endorse. As would any American who really wanted to know the truth. Astonishingly, Rohrabacher said that Trump’s Chief of Staff John Kelly is blocking him from talking to the President about it. We have traitors inside the gate and traitors in the media. America is turning into bizarro world. Trump needs to fire these traitors now or how can his supporters know that he hasn’t sold his soul to Israel like the rest of these Neocon conspirators.