Jose expected to become a hurricane again in the Atlantic MIAMI (AP) — Tropical Storm Jose is expected to re-strengthen to a hurricane and produce high surfs and life-threatening rip current conditions along the U.S. East Coast as it moves up the Atlantic.

The storm’s maximum sustained winds early Friday are near 70 mph and it’s forecast to become a hurricane again later in the day.

Jose is centered about 360 miles northeast of the southeastern Bahamas and is moving west-northwest near 8 mph. 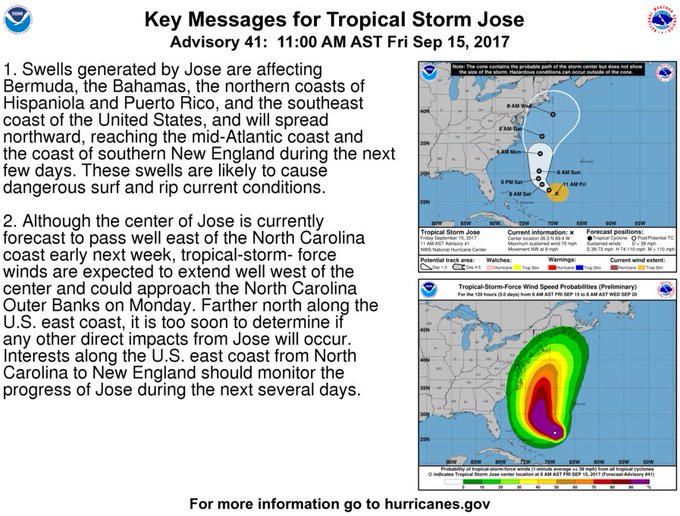 Here are the key messages for #Jose for Advisory 41- East coast of the US from N Carolina northward should monitor http://hurricanes.gov

Meanwhile, a new tropical depression has formed far out over the Atlantic and is expected to become a tropical storm. The U.S. National Hurricane Center says the depression’s maximum sustained winds are near 35 mph and it’s forecast to strengthen to a tropical storm later in the day or on Saturday.