World-class “false flag” terrorism expert, Nichols Kollerstrom, whose latest book dissects thirteen cases of the kind across Europe, has joined Ole Dammegard in addressing the recent series of events in Charlottesville, including the attack on students at the University of Virginia who were protecting a statue of Thomas Jefferson, the violent confrontation between groups protesting the removal of a statue of Confederate Commanding General, Robert E. Lee, and Antifa and Black Lives Matter (BLM) counter-protesters, and the fabricated car crash, both the following day, which has produced a form of political hysteria seldom witnessed in the United States. Its manifestations include:

* A former executive of the Congressional Black Caucus, Angela Ray, for example, has called for all statues and monuments to George Washington, Thomas Jefferson and Robert E. Lee to be removed; 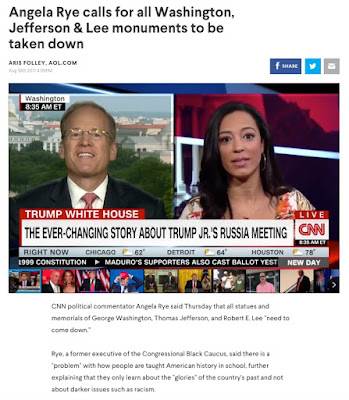 * The Southern Poverty Law Center has declared three of America’s largest Army bases to be Confederate Monuments “with the potential to unleash more turmoil and bloodshed if activists don’t take them down”; and, 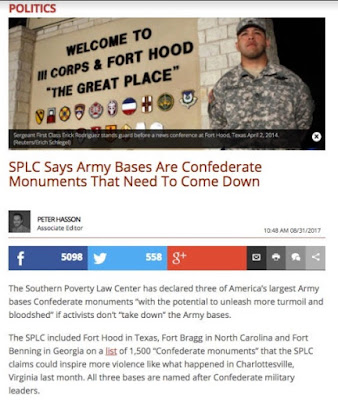 * Even the UN has demanded that freedom of speech be abandoned in the wake of Charlottesville as though the First Amendment were not the centerpiece of freedom and democracy in the United States of America: 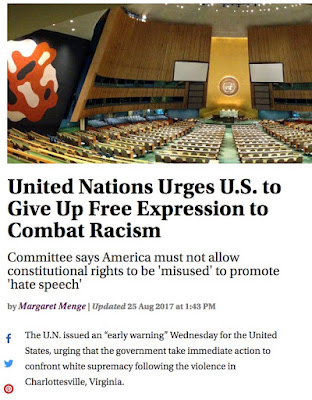 One might have thought these stunning developments would alarm UVA historians at Mr. Jefferson’s University, but they have remained silent in spite of my best efforts to arouse their attention, especially by sending them video studies of the fabricated events that took place downtown the day after students were assaulted while protecting a Jefferson statue. To my utter dismay, not a peep of support has come from that august group of scholars, no doubt fearful that their personal reputations might be tarnished by engaging in (what has come to be known as) “conspiracy theory”, even though UVA, among a plethora of American institutions, has an enormous stake to lose. Perhaps the contribution of such a distinguished historian of science may allay their concerns that this defies serious research.

Nicholas Kollerstrom, Ph.D., has two history of science degrees, one from Cambridge 1968, plus a Ph.D. from London, 1995. An honorary member of staff of UCL for 11 years, he was elected as a Member of the New York Academy of Sciences in 1999. A Fellow of the Royal Astronomical Society, he has several dozen articles on the history of astronomy in academic journals. His book, Terror on the Tube: Behind the Veil of 7/7, An Investigation (3rd edition, 2011), establishes that the accused Islamic youth were innocent of the 2005 London bombings. He cracked the case by discovering that the train from Luton they had to have taken to be at the tube stops on time had been cancelled that day. In his latest video interview, he dissects the Charlottesville fiasco and the role of Antifa.

The key players in appear to include the Mayor of Charlottesville,, Michael Signer, who declared the city to be the “capital of resistance” following Trump’s inauguration; and the Governor of Virginia, Terry McAuliffe, an ally of Bill and Hillary Clinton, who pardoned 60,000 felons to ensure the state went for her. A key witness, Brennan Gilmore, worked as a US State Department Service Officer (CIA) in Africa and is the Chief of Staff for Tom Perriello, candidate for governor, to whom George Soros has contributed more than $250,000. Soros appears to be employing the same techniques and even many of the same players who were involved in orchestrating the coup in Ukraine. And we even have the manifest absurdity of Antifa protesting that George Soros hasn’t paid them for their services. 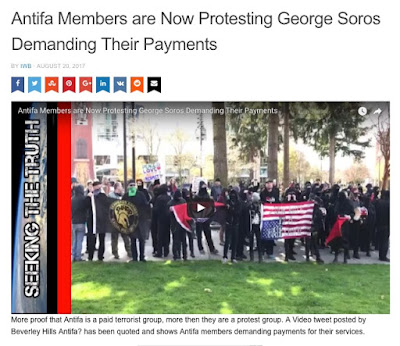 Those still naive enough to question whether officials such as the Mayor and the Governor would allow themselves to deploy duplicitous techniques to inflame race relations, tear down statues and monuments that reflect the history of this nation, to falsely blame the President and to subvert the Constitution of the United States may be emancipated from their self-imposed mental constraints by reviewing how a public/private organization led by one Peter Power coordinated the London 7/7 subway bombing attacks, which occurred at the same tube stops and at the same time as the drill he had organized was taking place–which is either one of the most remarkable coincidences in the history of terrorism or one of innumerable signs that, like Charleston, this was a carefully staged and coordinated event:


The discourse 24/7 in the mainstream media regarding Charlotesville, which, like the Russian hacking meme that preceded it (which has also been proven to be a sham), has involves a subtle semantic sleight-of-hand in shifting from “America First” to “White Nationalist” to “White Supremicist” to “Neo-Nazi“. So Donald Trump, who wants to put America First by ending the wars in the Middle East and reallocating our nation’s resources to benefit Americans turns out to be a Nazi! That’s how its done in America in August 2017. And I can only hope against hope that academicians across the country, including at Mr. Jefferson’s University, will come to the aid of the nation. The stakes could hardly be higher.

Jim Fetzer, a former Marine Corps officer, is McKnight Professor Emeritus on the Duluth Campus of the University of Minnesota. He taught at the University of Virginia (twice) as Visiting Associate (1977-78) and as Visiting Professor (Spring Semester, 1984-85).
___
http://jamesfetzer.blogspot.com/2017/09/european-false-flag-expert-focuses-on.html
This entry was posted in Uncategorized. Bookmark the permalink.