On Sunday, 6 August 2017, “60 Minutes” rebroadcast a story from last year interviewing parents who claim to have lost children during the massacre at Sandy Hook Elementary School, which is alleged to have taken place on 14 December 2012 in the Sandy Hook subdivision of Newtown, Connecticut.

My surmise is that they ran the story again in response to the statistical analysis by Carl Herman, which shows that the improbability of having 20 Sandy Hook parents who gave birth at the average age of 36 was about 109.4 quadrillion to 1. Here’s a video about Sandy Hook’s elderly parents:

To my astonishment, CBS has not (as of now) taken down serious and substantial comments challenging the “60 Minutes” report about Sandy Hook, including Paul Preston’s confirmation from the Obama Department of Education that it had been a drill, that no children had died and that it had been done to promote gun control: 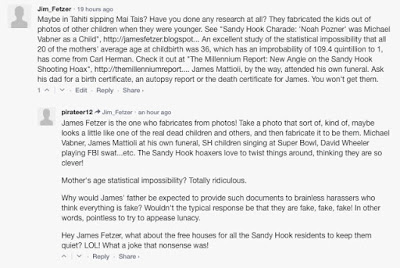 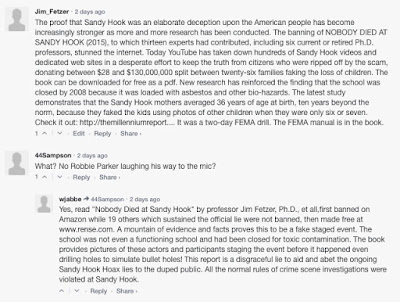 I have now written to request “equal time” to respond, where I would judge the probability of a positive response  to be on the order of the probability of 20 Sandy Hook mothers having given birth at the average age of 36! The kids were fabrications from photos of children when they were 10 years younger. Here’s what I have submitted to “60 Minutes”:

I included several important points about the “60 Minutes” special, which prominently features a most interesting couple, Francine and David Wheeler, who are both B-grade actors with political ties to the Democratic Party. Of course, CBS, with its vast investigatory powers, must already know. 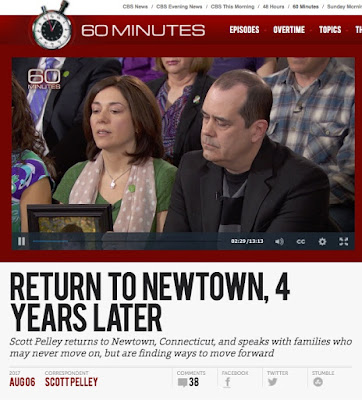 Francine was personal assistant to the leading Democratic Party fundraiser, Maureen White, as James Tracy had revealed on his Memory Hole Blog years ago, which I had republished on my own. Maureen was one of the stars of the party with regard to its financing, having raised $51,000,000 during 2005 alone. Francine was her assistant: 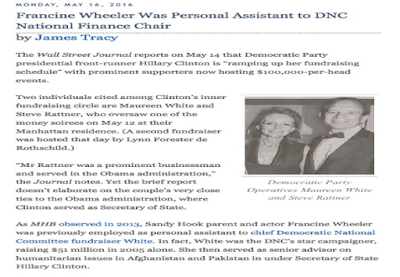 They both B-grade actors who have credits about about whom an exceptional video expose has appeared, where YouTube has shown a voracious appetite for taking down videos that expose Sandy Hook as a two-day FEMA exercise. As I observed in one of my published comments, the book is available on line for free:
And David Wheeler played two roles at Sandy Hook: grieving father and SWAT team member, where he was caught walking up and down Dickinson Drive carrying an AR-15 upside down by the magazine! This guy is totally ridiculous.
Barack Obama flew them and other Sandy Hook parents (read: gun control lobbyists) to Washington, D.C., on Air Force One (which violates federal law) and arranged for Francine and David Wheeler to address the nation on gun control from the Oval Office.

The moral of the story appears to be that, if you are corrupt enough to participate in an elaborate scam that has deprived sympathetic but gullible Americans of between $28-130,000,000, you can profit handsomely play your most important acting role.

CBS has now joined amazon.com and YouTube as accessories after the fact to fraud and theft by deception for perpetrating this elaborate hoax upon the American people. The Fourth Estate has sold out to the most corrupt elements of the government to betray us.

For participating in a faux event designed to instill fear into every parent in America for the purpose of promoting a political agenda, you can receive accolades from the President of the United States and know that, no matter how powerful the proof, the media will support you.

___
http://jamesfetzer.blogspot.com/2017/08/demand-for-equal-time-submitted-to-cbs.html
This entry was posted in Uncategorized. Bookmark the permalink.