If you’re an American, you’re gonna want to read this. 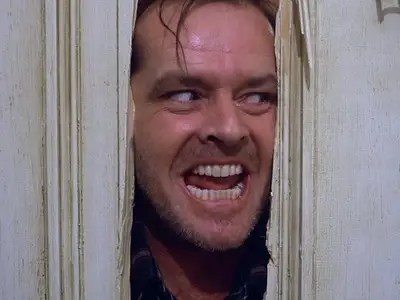 The best strategy for dealing with crazies is to keep your distance.

You try to ignore the ravings of the paranoid lunatic on a street corner, but if he’s waving a gun, you can’t.  He may kill himself, but he may kill you. Protecting yourself is your first consideration. You want to get as far as possible from him.

As an intellectual exercise, imagine how the Chinese and Russian leadership look at the United States, its government, and those of its allies. It will get you labeled as a “sympathizer” or “agent,” but take the risk and try seeing the world through their eyes:

We hear the Americans raving about the exceptional and indispensable nation, the American imperium, and maintaining world order. What other conclusion can be drawn: like many lunatics, the US suffers from delusions of grandeur. As we know, it’s difficult to maintain order in one country, and the US wants to take on the whole world? They’re having a tough time maintaining order in the US. Half the country hates the other half, and many of their experts warn of civil unrest that could be ignited with the smallest of sparks. Take it from us, spark suppression is a full-time job in big countries with many people and few common interests, even those with powerful, intrusive governments like the US.

How can the US think that it can rule the world when it can’t win wars in Vietnam, Afghanistan, and Iraq? That’s crazy talk! There are smart people in their military. They must recognize that guerrilla warfare, terrorism, knowledge of the people, language, and terrain, and the availability of cheap but effective defensive weapons and munitions give a huge advantage to nationals resisting domination in their own territory. Why hasn’t the US learned anything from their disastrous wars, or the Soviet fiasco in Afghanistan?

We in Russia are not altogether comfortable with our Syrian involvement and know it poses substantial risks. However, Syria is in the same neighborhood, is a long-time Russian ally, and hosts Russia’s only Mediterranean port. The US has no such compelling interests and is apparently there at the behest of Saudi Arabia, the Gulf States, Turkey, and Israel. (How do these nations get the US to fight its wars? It must be baksheesh.) It pretends to fight Islamic terrorists while aiding them in another idiotic, and so far futile, attempt at regime change. The biggest danger for us in Syria isn’t the rebels, it’s those crazy Yanks.

The US and its allies’ (what curious allies—the US defends them and picks up most of the tab while they fund cradle-to-grave welfare states) interventions have created refugees—some innocent victims, some potential terrorists—who have fled en masse to Europe and trickled into the US. More intervention will create more refugees, yet that is their policy. Russia and China both have problems with native Muslim populations; it’s pure lunacy to import them. Yet, the American and European intelligentsia condemn not the proponents but the detractors of military intervention and refugee creation and admittance.

If those are supposed to be the smart people, it’s no wonder those countries are in such poor shape. A country is only as good as its people. The Americans and Europeans have voted themselves benefits from their governments that can only be paid for with debt. How long can that last? What will beneficiaries do when the well runs dry? The US used to be one of the most industrious countries on the planet. Now most of its people are fat, lazy, and soft, with no idea how to provide for themselves. The so-called smart people worry if transgenders can enter the bathroom of their choice, and cheer a great Olympic decathlon champion who turned himself into an approximation of a woman. These idiots are not useful to anybody.

The only rational policy is to keep our distance from the US, while trying to protect ourselves from its depredations, and concentrate on jointly developing the immense potential of Eurasia. In other words, to continue doing what we’ve been doing. Our primary economic initiatives, One Belt One Road and the Maritime Silk Road, under the auspices of the Eurasian Economic Union, are going well. We will develop extensive commercial and transportation links among nations stretching from China to Europe, an area which encompasses over half the world’s population and natural resources. China will providing much of the infrastructure investment through the Asian Infrastructure Investment Bank. Russia will spearhead security arrangements, particularly against Islamic extremists, through the Shanghai Cooperation Organization, which includes China and central Asian nations that were formerly part of the USSR, and will soon admit India, Pakistan, and Iran.

Financially, self-protection means moving away from fiat dollars and euros and stockpiling real money—gold. China is reducing its vast pile of US treasury securities, and Russia its much smaller pile. We will continue to advocate for replacement of the dollar as the world’s reserve currency, preferably with the International Monetary Fund’s Special Drawing Rights. The Chinese yuan recently became part of that currency basket. We have also taken steps to develop an alternative to the SWIFT system, the US’s monopoly on international bank clearing.

Militarily, some of the bluster coming out of the US is insanity: the possibility of “winning” a nuclear war. No matter what their computer simulations might suggest, there is no way that a US first strike would wipe out our means and will to retaliate, regardless of their anti-ballistic missile systems in Eastern Europe and South Korea. Sometimes it is an advantage to be underestimated by one’s enemy, but in this case, US underestimation could lead to extinction of the human race. Our nuclear weaponry, military strategies, and defense systems must continue to be state of the art, to assure that destruction in the event of a US attack is mutual.

Keeping our distance from the US certainly does not entail getting involved in their elections. Donald Trump didn’t have a positive thing to say about China during his campaign. Although he made noises about reducing America’s foreign interventions, we heard the same from George W. Bush and Barack Obama and look how that turned out. Trump also made noises about rapprochement with Russia, but it was clear that he’d be fighting his own Deep State if he won, which we did not expect. Why would we poison relations with Hillary Clinton, who we and most experts did expect to win, before she even took office? It’s a further sign of rampant delusion, a complete unwillingness to deal with reality, that Clinton’s Democrats are blaming Russia for problems they brought upon themselves.

Why bother manipulating an election when America seems so bent on self-destruction? It would be like trying to leash a rabid dog.