The sordid case behind Jared Kushner’s grudge against Chris Christie

By all accounts, Jared Kushner, the husband of President Trump’s favorite daughter, has become an extraordinarily powerful man in the White House. To formally appoint Kushner a senior adviser, with a top security clearance, the president sought and received a Justice Department opinion declaring the White House exempt from federal anti-nepotism laws. That meant Kushner could have an official White House title to go along with his trusted-member-of-the-family influence.

But Kushner wielded plenty of power before joining the White House staff. For one thing, he is thought to have been behind the purging of New Jersey Gov. Chris Christie from the presidential transition. Of course, Christie, tainted by Bridgegate, had problems of his own. But opposition from Kushner is said to have blocked Christie at key points during the campaign and transition.

Kushner’s ire reportedly targeted others, too, for their Christie connections. After Christie was fired from heading the transition, two colleagues Christie had brought into the effort, Mike Rogers and Matthew Freedman, were dumped as well. “Both were part of what officials described as a purge orchestrated by Jared Kushner,” the New York Times reported on November 15. “Mr. Kushner, a transition official said, was systematically dismissing people like Mr. Rogers who had ties with Mr. Christie.”

The reason for the purging? “As a federal prosecutor, Mr. Christie sent Mr. Kushner’s father to jail,” the Times noted. Many other sources have confirmed the origin of Kushner’s animus was Christie’s prosecution of the elder Kushner. But most public mentions of the reason have been as brief as the Times’. It turns out the story behind the story is much longer, and more complicated. And ugly.

The short version is: In 2004, Jared Kushner’s father Charles, a real estate magnate in New Jersey and New York, pleaded guilty to a tax fraud scheme in which he claimed hundreds of thousands of dollars in phony deductions for office expenses at the partnerships he created to manage the apartment buildings he owned. Kushner, a major donor to the Democratic Party, also pleaded guilty to fraudulently making hundreds of thousands of dollars in campaign contributions in the names of employees and associates who didn’t know their names were being used. Finally, Kushner pleaded guilty to retaliating against a cooperating witness in the case — his sister. He did so by setting a trap in which he hired a prostitute to lure his sister’s husband into a sexual encounter in a New Jersey hotel, where the action was secretly photographed and videotaped. Kushner sent the pictures and tape to his sister as revenge, apparently motivated by Kushner’s belief that she and her husband were helping U.S. Attorney Christie and his prosecutors.

Another Kushner brother-in-law, his wife’s brother Richard Stadtmauer, was charged in the tax evasion scheme, and was convicted and sentenced to three years in prison. Beyond that, the Kushner family also brought employees into the fraud, with three Kushner Companies workers charged in the matter. All pleaded guilty. 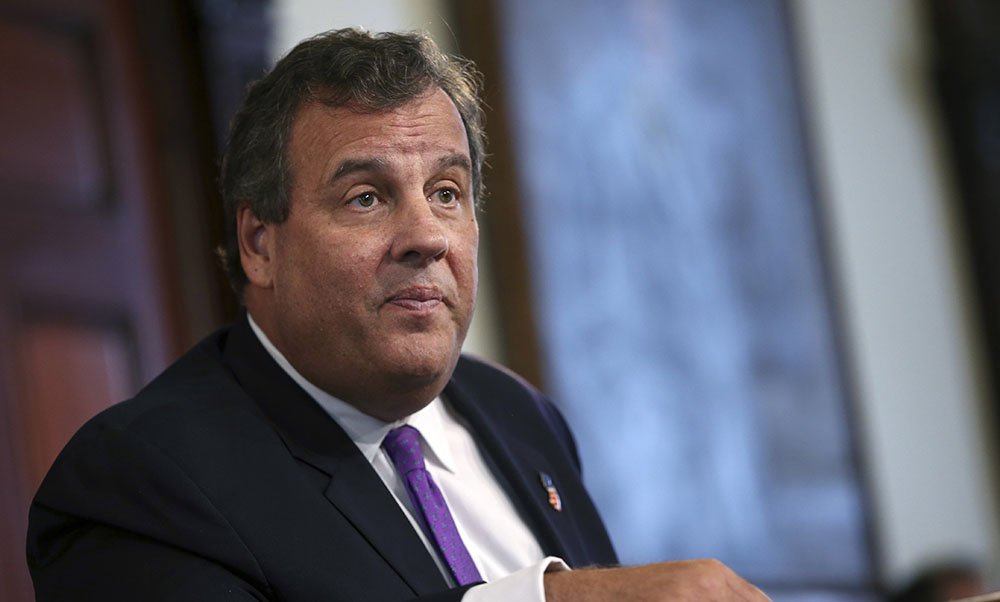 Gov. Chris Christie’s image has been tainted by the Bridgegate scandal. (AP Photo)

Given the extent of the criminal behavior involved — confirmed by guilty pleas and a conviction at trial — it’s hard to imagine that one could examine the Kushner family case and conclude that the prosecutor was the bad guy. But in the Trump campaign and presidency, Christie has apparently suffered for his role in bringing members of the Kushner family and their employees to justice.

The criminal case began as a family feud. (For a detailed look at the complicated and intense relations between the various Kushners, see this Gabriel Sherman New York magazine article from 2009.) Some of the problems seemed rooted in the lifelong competitiveness between Charles Kushner and his brother Murray. In the early 2000s, Murray Kushner came to believe there was serious mismanagement going on in Kushner Companies. Murray sued Charles. The suit was settled and sealed.

But then, while the suit was still in arbitration, a Kushner Companies employee, accounting manager Robert Yontef, filed a suit of his own against Charles. Yontef alleged that Charles used monies from various real estate properties (referred to as “the entities” in the lawsuit) for activities that had nothing to do with the companies, like paying speaking fees to Benjamin Netanyahu ($100,000), Bill Clinton ($125,000), Paul Volcker ($50,000), and Terry Bradshaw. (Alas, the lawsuit gave no dollar figure for the former quarterback’s speaking appearance.)

In a declaration attached to the suit, Yontef said that he had become increasingly upset by what he had seen at the Kushner Companies, and that he told Charles’ sister Esther and her husband William Schulder, who also worked for the company, what Charles was doing. According to Yontef, Esther introduced Yontef to Murray Kushner, and Yontef also told him the story. “Over the next months, I would occasionally provide Murray with samples of the documents which demonstrate these wrongdoings,” Yontef said.

The lawsuits did more than aggravate existing family antagonisms. They also raised the suspicions of law enforcement and gave investigators a roadmap into what was going on inside Kushner Companies. And indeed, in February 2003, the office of U.S. Attorney Christie began a grand jury investigation. In the months that followed, the grand jury heard evidence of tax fraud, illegal political contributions, and more.

In another count, the criminal information says Charles Kushner, “without the knowledge or permission of certain partners,” made federal campaign contributions “in excess of $385,000” in the names of those unwitting partners. (Kushner was a major supporter of New Jersey Democratic Gov. Jim McGreevey, who in 2002 appointed Kushner to the board of the Port Authority of New York and New Jersey. McGreevey wanted to make Kushner chairman of the Port Authority, but backed down after accusations the appointment would have been a political payoff.)

The criminal information says Charles Kushner became aware of the grand jury investigation in March 2003, and that his sister Esther was “providing information to investigating law enforcement.” In the weeks and months that followed, authorities said, Kushner’s lawyers made “regular efforts” to convince investigators that CW1, CW2, and CW3 were “generally untrustworthy.” The efforts were, apparently, to no avail. 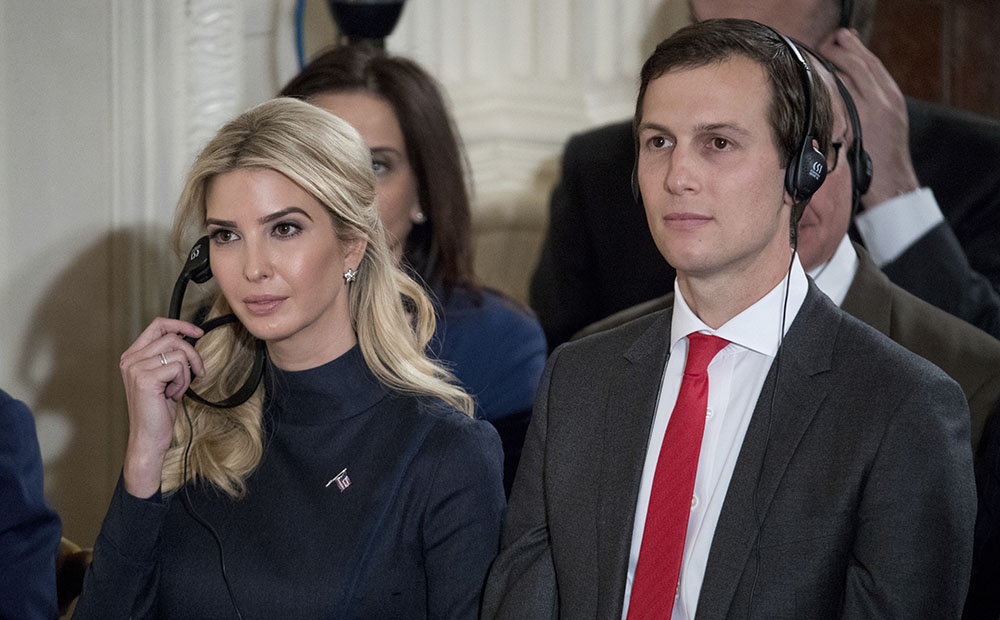 Then, in August 2003, according to court documents, Kushner “initiated a scheme” to “gain leverage” over Esther and William Schulder. The idea was to “orchestrate the covert videotaped seduction” of Schulder and then hit Esther with video of her husband committing adultery.

Charles Kushner recruited two private investigators to do the work. In New York, Gabriel Sherman reported that Kushner complained to one of the men that Schulder “has been f—king around on my sister forever.” Kushner paid the two men a total of $25,000 to set the trap.

Then, in November 2003, a frustrated Charles Kushner took matters into his own hands and “personally recruited” a New York prostitute for the job. The two private investigators took a room in the Red Bull Inn in Bridgewater, New Jersey and wired it for video. It took a couple of tries, but the Kushner-recruited prostitute found Schulder in a diner, introduced herself, told him her car had broken down, and asked for a ride back to the hotel. When Schulder agreed, she invited him to her room. He declined, but got her phone number. The next day, he came back, and Charles Kushner got the video he wanted.

After the sexual encounter, one of the private investigators took the video to Kushner. “In a conference room with an associate present, defendant Charles Kushner viewed the videotape and expressed satisfaction with it,” the criminal information says.

Kushner was so pleased, the court papers say, that he wanted the two investigators to set the same trap for Robert Yontef. In December, another woman was recruited, the hotel room was wired, the my-car-broke-down approach was made. But Yontef turned the woman down twice. There was no sex, and no tape.

According to the papers, Kushner didn’t use the Schulder videotape until May 2004, when he learned that some of his associates had been told they were targets of the grand jury investigation. On May 9, 2004, according to the court documents, Kushner got in touch with one of the private detectives and instructed him to mail the tape and still photos to his sister Esther, who opened the package and saw her husband having sex with the prostitute.

If Charles Kushner’s plan was to “gain leverage” over his sister, it didn’t work. Esther and Schulder took the tape to law enforcement, and another count, retaliating against a cooperating witness, was added to the charges against Kushner.

Of course, the sex angle got the most coverage in the New Jersey and New York media. When the prostitute who had been with Schulder cooperated with authorities, the New York Post ran a story headlined, “Sex Gal Now Helping Feds — Hooker Turns On Kushner.”

Charles Kushner was charged in July 2004. He had all the resources anyone would need to fight the charges, but instead chose to plead guilty. He was sentenced to two years in prison and served 14 months, at a facility in Alabama. His son Jared flew down to visit him every Sunday. Brother-in-law Richard Stadtmauer went to trial in 2009 and was convicted and sentenced to three years. The others charged in the case pleaded guilty and received lesser sentences.

While it was all going on, Jared Kushner was a student at Harvard and, later, studied for law and business degrees at New York University. He was not involved in the family’s criminal activity. His father’s spectacular flameout meant that Jared, who conferred with Charles constantly on matters of business, had to take a much bigger role in the family’s business affairs. 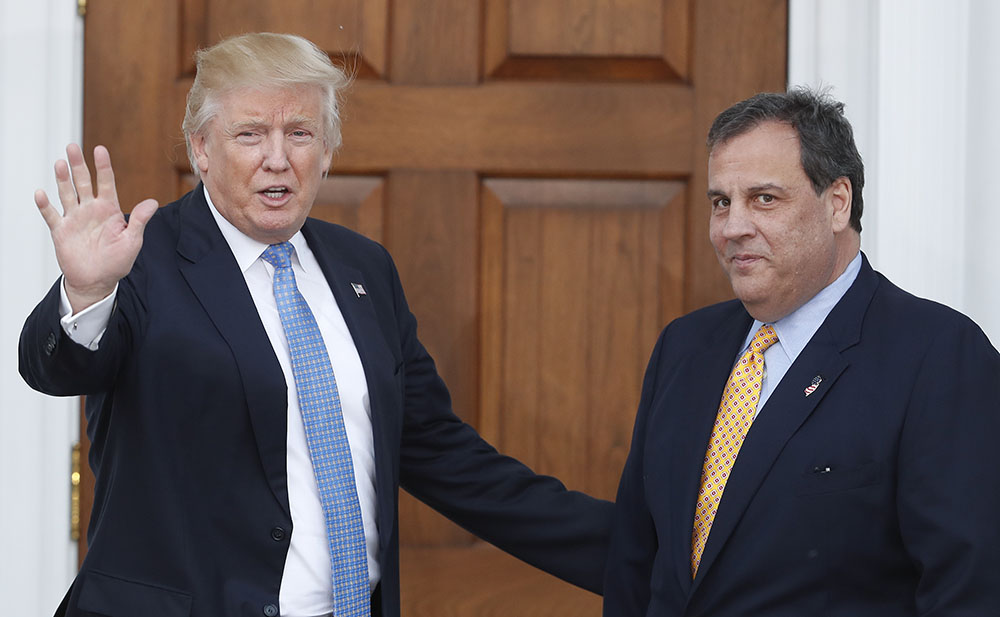 The prosecutor-turned-governor-turned-Trump-supporter Chris Christie, has paid a price for bringing a case in which every single defendant was guilty. (AP Photo)

Who did Jared blame for what had happened? Not his father. “Charlie and Jared blamed papers in general and more specifically the Newark Star-Ledger for besmirching the family name,” Gabriel Sherman wrote in 2009:

And, the crimes notwithstanding, [Jared] sees his father as a victim. “His siblings stole every piece of paper from his office, and they took it to the government,” Jared maintained. “Siblings that he literally made wealthy for doing nothing. He gave them interests in the business for nothing. All he did was put the tape together and send it. Was it the right thing to do? At the end of the day, it was a function of saying ‘You’re trying to make my life miserable? Well, I’m doing the same.'”

Five years later, in a 2014 interview with the New York real estate publication The Real Deal, Jared called his father’s treatment “obviously unjust” and said the experience had soured him on an earlier ambition to become a prosecutor. “If you’re convicting murderers, it’s one thing,” Jared said. “It’s often fairly clear. When you get into things like white-collar crime, there are often a lot of nuances. Seeing my father’s situation, I felt what happened was obviously unjust in terms of the way they pursued him.”

Now the pursuer, the prosecutor-turned-governor-turned-Trump-supporter Chris Christie, has paid a price for bringing a case in which every single defendant was guilty.

Both Jared Kushner and Christie deny there’s a problem. “That stuff is ancient history,” Christie told ABC two weeks ago, on March 29. Last November, Kushner told Forbes that, “Six months ago, Gov. Christie and I decided this election was much bigger than any differences we may have had in the past, and we worked very well together. The media has speculated on a lot of different things, and since I don’t talk to the press, they go as they go, but I was not behind pushing him out or his people.”