BREAKING: “Pedogate Coin” from US Mint!

The US Mint just released a commemorative coin honoring one of the largest pedophile coverups in US history! Get the word out to END this sick game.

If you want to commemorate Boys Town USA for their good work, first  right the wrongs. Prosecute these people into jail, and stop what’s probably still going on there.

My name is Bix Weir.  Go to http://roadtoroota.com  for more information. It is important that people know what’s going on so that we END this criminality, set the children  and ourselves free at the same time! 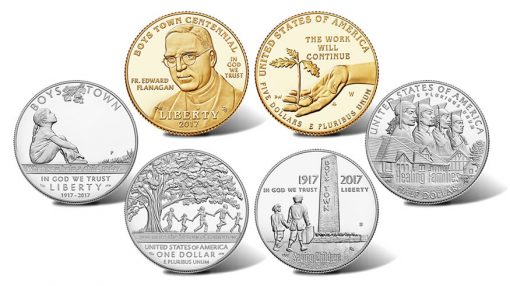 “Conspiracy of Silence” is a powerful, disturbing documentary revealing a nationwide child abuse and pedophilia ring that leads to the highest levels of government. Featuring intrepid investigator John DeCamp, a highly decorated Vietnam war veteranand 16-year Nebraska state senator, “Conspiracy of Silence” reveals how rogue elements at all levels of government have been involved in systematic child abuse and pedophilia to feed the base desires of key politicians….Check this out! Satanic Ritual Abuse: http://mysticalmusingsandpolitics.blogspot.ca/2011/12/satanic-ritual-abuse.html

Based on DeCamp’s riveting book, The Franklin Cover-up, “Conspiracy of Silence” begins with the shut-down of Nebraska’s Franklin Community Federal Credit Union after a raid by federal agencies in November 1988 revealed that $40 million was missing. When the Nebraska legislature launched a probe into the affair, what initially looked like a financial swindle soon exploded into a startling tale of drugs, money laundering, and a nationwide child abuse ring. Nineteen months later, the legislative committee’s chief investigator died suddenly and violently, like more than a dozen other people linked to the Franklin case.

So why have people never heard of the Franklin cover-up? Originally scheduled to air in May of 1994 on the Discovery Channel, “Conspiracy of Silence” was yanked at the last minute due to formidable pressure applied by top politicians. Some very powerful people did not want you to watch this documentary.

You may find yourself becoming angry or upset while watching “Conspiracy of Silence.” Many people do. However, consider that each of us has at times in our life acted out of selfish motives when it comes to sexuality and ended up hurting others in one way or another. Let us take this information not only as a call to stop this kind of abuse at the nationwide level, but also as a call to examine our own sexual relationships and make a commitment to deep honesty and integrity in our own lives around this most sensitive issue. Thanks for caring and may we all work together to build a brighter future for ourselves and for our world.

A copy of this videotape was furnished anonymously to former Nebraska state senator and attorney John De Camp who made it available to retired FBI Agent Ted L. Gunderson. While the video quality is not top grade, this tape is a blockbuster in what is revealed by the participants involved.

NOTE; This film had to be reassembled from remaining VHS fragments after an all-out effort was made to block the films release and destroy all extant copies. Every effort has been made to restore it to the original and complete “meant to be broadcast” version.

For additional information on this video, and download information: [2017: no longer available http://archive.org/details/ConspiracyOfSilence-SexAbuseRingOfWashingtonDc

From Doreen
As facts are revealed to set us free, light shines brightly on darkness from which it cannot hide or run.

In other words, put aside human differences to move up the spiral of evolution into a new era of peace and harmony where debris from the past cannot follow!