High Treason: The Real Elephant in the Room! 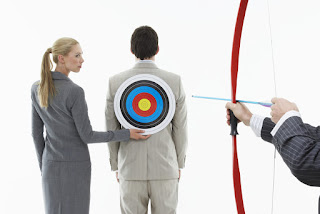 The most important outcome of this election cycle is the exposure of American “democracy” as a total fraud. The American people have awakened to the understanding that they are not free. They are ruthlessly ruled by an elitist Establishment oligarchy that employs mass media “news” and “entertainment” outlets as weapons to maintain control. This discovery has shocked and infuriated millions who previously believed in the “Two Party” and “free press” model of American politics.

How Corrupt are the National “News” Media?

Consider the failure of all national “news” outlets to adequately cover what should have been a career-ending bombshell: Wikileaks’ disclosure of e-mails proving that both Hillary Clinton and President Obama knew more than two years ago that Saudi Arabia and Qatar are directly funding ISIS–and hid this fact from the American people. Details here.

Instead of reacting with outrage after learning that our Sunni Arab “allies” are betraying us amidst our alleged war against ISIS, virtually all establishment-controlled “news” outlets ignored this stunning news. What did they do instead? They chattered endlessly about an 11-year-old video of a private Donald Trump conversation all the while weaving in unsubstantiated claims by the Clinton campaign and the Obama administration that Hillary’s e-mails were “hacked” by the evil Russians and therefore shouldn’t be considered valid.

Why would establishment-controlled media behave this way? Perhaps for the same reasons that the recently released 28 pages of the Congressional 9-11 report remain heavily redacted. Given the just-disclosed official cover up of Saudi Arabia’s and Qatar’s funding of ISIS, it raises serious questions as to the identify of the hidden 9-11 perpetrators who are still being officially protected by those redactions,

All in The Family

The real story behind the Trump tape isn’t what Trump said (which was certainly inappropriate and for which he has apologized). No, the real story is that the national leadership of the Republican Party in the person of Speaker Paul Ryan was responsible for releasing that tape to the Washington Post in order to destroy the candidacy of Donald Trump and assure the election of Hillary Clinton. Ryan’s chief advisor, Dan Senor, was outed by his own wife as being responsible for that release.

Many Americans will be stunned to learn that the Bush and Clinton families are very close friends, often taking vacations together. And isn’t it convenient that Billy Bush, the man that taped Donald Trump’s famous “locker room” comment, is the nephew of George H. W. Bush, the 41st President of the United States. George W. Bush, the 43rd President, and former Florida governor Jeb Bush are Billy Bush’s cousins. Somehow CNN, MSNBC, CBS, ABC and FOX News “forgot” to report that “coincidence”.

Who Are You Going to Believe: The Media or Your Own Lying Eyes?

To fully grasp what is happening, it is necessary to understand the mission of establishment news media outlets as population control weapons. They lie repeatedly, not to change what you think (which is impossible)–but to create a false impression in your mind of what everyone else thinks. If they can make a substantial portion of the population believe they are outnumbered, they hope to discourage them from voting. That is why it is so important for the establishment to discredit online polls.

Virtually every online poll, reflecting the input of real people who cared enough to vote, showed Donald Trump “winning” both debates by overwhelming margins. In each case, the controlled establishment media spent the days after the debates “debunking” those results 24/7 and quoting the biased opinions of “journalists and pundits” as to the the identity of the “real winner” (Hillary). The problem is, the establishment media can spin the meaning of polls. However, they cannot spin the crowd size of Hillary’s rallies as compared to Donald Trump’s. Listen carefully to hear the public’s opinion of the establishment media (particularly CNN).

But are these politicians really guilty of treason? In a word, yes!

The dictionary defines Treason as “the crime of betraying one’s country, especially by attempting to kill the sovereign or overthrow the government.” Republican and Democrat members of the establishment are engaged in the slow motion overthrow of our government. They are abolishing our nation’s borders, flooding the country with Third World aliens who have no interest in our constitution or our heritage, subverting our electoral process by allowing people to vote who are not eligible to participate, destroying our currency and our free economy, and imposing their perverted beliefs on people of faith.
If Hillary is awarded the Presidency (she cannot win it legitimately), we must be prepared very shortly to fight for our children’s futures and for our very lives. In that event, remember who brought us to this place.
FJB
___
http://gatetoliberty.blogspot.com/2016/10/high-treason-real-elephant-in-room.html
This entry was posted in Uncategorized. Bookmark the permalink.