Recession 2016: In Some States, A Very Deep Economic Downturn Has Already Arrived 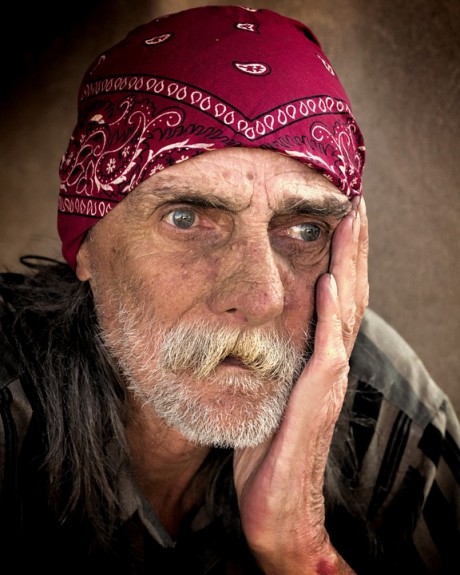 Did you know that there are some U.S. states that have already officially fallen into recession?  Economic activity all over the planet is in the process of slowing down, and there are some areas of the country that are really starting to feel the pain.  In particular, any state that is heavily dependent on the energy industry is hurting right now.  During the years immediately following the last recession, the energy industry was the primary engine for the growth of good paying jobs in America, but now that process is completely reversing.  All over the U.S. energy companies are going under, and thousands upon thousands of good jobs are being lost.

On Sunday evening, Bloomberg published an article entitled “The U.S. States Where Recession Is Already a Reality“. The following is an excerpt from that article…

As economists size up the chances of the first nationwide slump since 2009, pockets of the country are already contracting. Four states — Alaska, North Dakota, West Virginia and Wyoming — are in a recession, and three others are at risk of prolonged declines, according to indexes of state economic performance tracked by Moody’s Analytics.

The three additional states that are “at risk of prolonged declines” are Louisiana, New Mexico and Oklahoma.  What all of those seven states have in common is a strong dependence on the energy industry.  Last year, 67 oil and gas companies in the United States filed for bankruptcy, and approximately 130,000 good paying energy jobs were lost.

If the price of oil does not go back up, this could be just the beginning.  It is being reported that a whopping 35 percent of all oil and gas companies around the planet are at risk of falling into bankruptcy, and the financial institutions that have been backing these energy companies are getting very nervous.

Of course things could shift dramatically for oil and gas companies if World War 3suddenly erupts in the Middle East, and that could literally happen at any time.  But for the moment the outlook for the energy industry continues to be quite dreary.

Let us also keep in mind that the problems for the U.S. economy are not limited to the energy industry.  According to CNBC, corporate profits in the United States have now declined for three straight quarters, and this is the very first time this has happened since the last recession…

With 87 percent of the S&P 500 reporting, total blended fourth-quarter earnings have shown a decline of 3.6 percent, according to FactSet. Assuming the trend holds up, it will markthe first time profits have fallen for three straight quarters since 2009.

But the road ahead doesn’t get any easier.

FactSet is now projecting that earnings will decline 6.9 percent in the first quarter, a stunning move lower over time considering that in September the expectation was for 4.8 percent growth.

As corporate profits fall, layoffs are starting to increase.  Just the other day we learned that the number of job cuts in this country shot up 218 percent during the month of January according to Challenger, Gray & Christmas.

It is starting to look very much like 2008 all over again, and I am convinced that it will soon be much, much harder to find work in America.

Here are some more numbers that indicate that the U.S. is heading into a major economic slowdown…

–U.S. exports were down 7 percent on a year over year basis in December.

–U.S. manufacturing activity has been in contraction for four months in a row.

–U.S. factory orders have fallen for 14 months in a row.

–The Restaurant Performance Index in the United States has dropped to the lowest level that we have seen since 2008.

–Orders for Class 8 trucks in the United States dropped by 48 percent on a year over year basis in January.

But the mainstream media continues to try to convince all of us that everything is going to be just fine.  Earlier today, CNN ran an article entitled “U.S. recession fears fade after market rally“, and the Wall Street Journal published an article entitled “The U.S. Economy Is in Good Shape” that got a tremendous amount of attention.

Well, if the U.S. economy is in such great shape, then why are some of the biggest retailers in the entire nation shutting down stores at a frightening pace.  The following list of store closures comes from one of my previous articles…

-Wal-Mart is closing 269 stores, including 154 inside the United States.

-K-Mart is closing down more than two dozen stores over the next several months.

-J.C. Penney will be permanently shutting down 47 more stores after closing a total of 40 stores in 2015.

-Macy’s has decided that it needs to shutter 36 stores and lay off approximately 2,500 employees.

-The Gap is in the process of closing 175 stores in North America.

-Aeropostale is in the process of closing 84 stores all across America.

-Finish Line has announced that 150 stores will be shutting down over the next few years.

-Sears has shut down about 600 stores over the past year or so, but sales at the stores that remain open continue to fall precipitously.

Perhaps things look fine for the moment in New York City or Washington D.C. or San Francisco or wherever it is that these “reporters” write their articles.

But for ordinary Americans that operate in the real world, the pain of this new economic downturn is already exceedingly apparent.  Here is more from Bloomberg…

Dale Oxley doesn’t need to hear about rising odds of a U.S. recession to dread the future. For the West Virginia homebuilder, the downturn has already arrived.

“Everyone is going to have to tighten their belts,” said Oxley, the 48-year-old owner of a Charleston-area construction company. “The next couple of years are going to be difficult.”

Unfortunately for hard working Americans like Oxley, what we have seen so far is just the tip of the iceberg.

We have entered a long downturn that is ultimately going to be even more painful than the last recession was.

And everything changes if Saudi Arabia and Turkey get trigger happy and decide toinvade Syria.  If that happens, it could very well be the spark that sets off World War 3 and a full-blown meltdown of the global financial system.