An Introduction to the Election Boycott

Since the 1950s Americans increasingly stopped voting. Even in the historic 2008 Obama election with a record number of African Americans and youth turning out, only 58 percent voted. In non-presidential Congressional elections, less than 40 percent vote. While voting advocates charge apathy and laziness, most nonvoters say they are fed up with a corrupt government and elections with no reasonable choice. In recent elections, non-voters have been the majority, and if they had been a political party, would have been by far the largest party in America.

The loss of faith in the government is not only reflected in low voter turnout; the most recent Gallop Poll found only 7 percent have a positive view of Congress.

Laws restricting third party participation, an elections system that favors money over votes, a two-party system that has no room for any other than the official liberal and conservative ideologies, a Supreme Court that protects the right of billionaires to buy elections and politicians. Why bother, the majority of Americans ask as they throw their hands up in exasperation with a system that just doesn’t work for them.

Isn’t it time to consider joining together with other non-voters to create a massive Election Boycott of US Elections?

Explore the website to learn more. To learn why so many are turning the current silent boycott into a militant act of electoral defiance, click here.

The Election Boycott on Carson’s Corner! 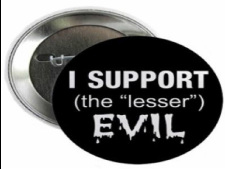 There are many dangerous trends emerging from progressive and revolutionary forces in the US. One of the most concerning is a growing focus on electoral campaigns as a tactic to achieve grassroots objectives.  The electoral victories of Kshama Sawant, Chokwe Lumumba (Rest in Power), and Ras Baracka are a clear indication of popular discontent with austerity, gentrification, and privatization in US cities under capitalist siege.  However, whatever encouragement these victories provide cannot resolve the contradictions of US capitalism. The primary purpose of US capitalism’s state machinery is to manage the affairs of the ruling class. This poses the important question of whether electing representatives into political office is a worthy tactic for the left or whether it should be abandoned all together.

Historical Context of Capitalist State-Reform and the US left

The English colonizers, after defeating the British Crown in the American (counter) Revolution, made it clear that African slaves, property-less Whites, women, and indigenous people would have zero decision-making power in who would represent them in the newly formed US nation-state. As US capitalism industrialized, property restrictions were lessened to further privilege White Americans into “citizenship” at the expense of Black and indigenous people. From the very beginning, electoral politics were a stage where capitalists performed for the state power needed to manage the profits obtained from racism and labor exploitation.

US government hostility to the interests of the working class and oppressed understandably deterred the left from pushing revolutionary goals through electoral politics.  Prominent socialists like Eugene Debs ran for President a handful of times with little success. For the most part, leftists understood that running candidates for political office was a drain on resources and political morale. So, rather than run candidates, the left organized people to win concrete victories from the capitalist state in specific historical moments.  Progressive labor and civil rights legislation, such as the Civil Rights Act and the National Labor Relations Act, were won because the collective organization of workers and victims of white supremacy presented a direct threat to the interests of capitalism. What made such gains so important was how they expanded popular vision of what was possible and at the same time failed to fully transform the inherent antagonisms of the US capitalist social order. Poor Black and colonized peoples in the US, largely excluded from state-reforms, saw no other option but to demand complete self-determination and liberation from capitalist domination.

“George Jackson warned that imperialism ensured that the US government could no longer reform itself in the last stage of capitalism.”

George Jackson was a leader of the Black liberation movement that was partly inspired by inadequate state-reforms.  Jackson wrote extensively in his book Blood in my Eye (1971) on the changing nature of capitalist state-reform. He learned quickly from his experiences organizing for the Black liberation movement from behind the walls that there was nothing left that Black America could wrestle from the US capitalist state. The conditions of the working class were on the decline. Prior reforms had improved the economic conditions of White America while doing virtually nothing for the economic needs of poor Black and indigenous nations.  Jackson concluded that these developments were evidence of US capitalism’s last stage: imperialism.

Jackson warned that imperialism ensured that the US government could no longer reform itself in the last stage of capitalism to appease certain sectors of its exploited subjects. And he was, and still is, correct. The ruling class went on an offensive that has yet to end, brutally repressing revolutionary upheaval in the US while making calculated and necessary changes to ensure the survival of capitalism on the global stage. Some of these changes included ending of the Vietnam War, monopolizing corporate power into the realm of finance, and most importantly for the purposes of this article, opening up avenues to Black candidacy in corporate and political office. These “reforms” isolated revolutionary organizations like the Black Panther Party and re-directed popular energy toward what the imperialist ruling class deemed acceptable forms of political participation.

George Jackson’s analysis points to the need to direct political energy away from participation in the imperialist state.  Popular mistrust in the US government is at a high point, as shown by low voter-turnouts and percentages of Presidential and Congressional approval.  However, the political vacuum created by imperialism has strengthened the illusion of legitimacy around running candidates for political office. This contradiction exists despite the fact that the two-party US political system more clearly than ever works exclusively in the interests of the imperialist ruling class.

The political party for bankrupt liberal leftists, the Democratic Party, has jointly expanded the prison state, austerity, surveillance, war, poverty, and by extension, corporate rule with its Republican counterparts. Still, both Democrats and Republicans rhetorically perform a show of opposition for the corporate media. And in no other historical period has any President provided a more effective assault on oppressed people for the imperialist ruling class. Barack Obama’s two-term presidency has been a lesson for the entire left that voting for a Wall Street politician within the imperialist state can only bring more misery and political confusion, not less.

So while some organizations like Socialist Alternative are seeking city council victories to achieve goals such as a $15 per/hour minimum wage, others are organizing to boycott US electoral politics all together. In 2012, a group of organizers campaigned for an election boycott of the Presidential election.  The campaign emphasized a shift in consciousness around the act of voting.  Instead of voting for the Democratic or Republican Parties of imperialism and legitimizing their rule, the campaign called on people to actively withhold their vote.  This meant not only being absent from the polls as individuals, but also collectively organizing others to withhold their vote in opposition to the electoral charade of the capitalist class.

Although Obama was re-elected President, the efforts of boycott organizers were not in vein. Numerous tactics were employed to make the stand against US imperialism’s elections visible. Occupy Chicago activists burned their voter registration cards outside of Obama’s campaign office. Organizer Terri Lee and others presented the idea of an election boycott to as many media sources and events as possible, which included venues such as the Left Forum.  As a collective, the boycott organizers were most concerned with positioning themselves as a left movement that refused to vote in, and thus provide consent for, the rule of imperialism every four years.  This is an important position that deserves serious ideological and practical consideration from leftist formations in the US imperial center.

US governmental elections are advertised as a staple of Western “democracy” by the imperialist ruling class. However, the fact remains that elections under this racist, capitalist, neo-colonial system only legitimize the rule of the capitalist class over its exploited subjects.  Electoral politics are movement killers, not movement builders. In the 1970’s, the Oakland chapter of the Black Panther Party split with the more militant chapters around the country and began focusing on mayoral and city council campaigns.  Each campaign drained the resources of the Party and diluted the revolutionary ideological foundation that had once inspired young, working class Black Americans.

“Sawant’s election has helped begin the process of removing the “Fight for $15” out of the streets and into the seats of bourgeois government.”

Kshama Sawant’s city council victory in Seattle will inevitably run into similar issues in the fight for a $15/hr minimum wage. It already appears her election has helped begin the process of removing the “Fight for $15” out of the streets and into the seats of bourgeois government.  Additionally, Sawant’s recent appearances on Democracy Now! alarmingly argued for mass movement forces to run “third party” candidates for political office and emulate her victory around the country. If history is our guide, than Sawant’s strategy needs reconsideration.  Malcolm X, in his speech The Ballot or the Bullet, cautioned Black left political forces on the limitations of merely exercising the right to vote with a vow of non-violence despite the white racist terror that awaited them at the polls.  In this period, the right to vote has been rolled back by the same imperialist state the vote legitimizes.  The US imperialist system only guarantees incorporation of revolutionary and progressive objectives into the imperialist state machinery.  This spells defeat of, not victory for, working class power in contrary to what Sawant claims.

An organized election boycott has the potential of channeling the mistrust that most left-leaning folks have with the US imperial state into concrete political action. Instead of electing city council members, let’s confront our municipal officials that are hell-bent on selling neighborhoods and assets to the corporate ruling class.  Let’s confront our elected officials in Washington for their service of empire and corporate power.  The left’s most important task in this period is to take principled positions against US imperialism. Electing “third party” candidates into this machinery won’t do this, but campaigns such as an election boycott give us a chance to fight for transformation of the imperialist system we so desperately need.

Danny Haiphong is an activist and case manager in the Greater Boston area. You can contact Danny at: wakeupriseup1990@gmail.com.