Billionaire venture capitalist Tim Draper told BlockTV that in the next several years, Bitcoin could reach $250,000 per coin.

“$250,000 means that bitcoin would then have about a 5% market share of the currency world and I think that maybe understating the power of bitcoin,” Draper told the BlockTV hosts.

His prediction is on the premise that the adoption of digital currency will spread like wildfire across the world as fiat continues a fiery death into the early 2020s.

The billionaire investor has maintained his bitcoin forecast for some time, calling it “absolutely solid” back in 2018.

"$250,000 means that bitcoin would then have about a 5% market share of the currency world and I think that may be understating the power of bitcoin."

Though, it’s easy to say Bitcoin is still complicated for the mainstream user. The global population still uses fiat controlled by governments and central banks and have to risk devaluations in a global currency war that is currently underway. And of course, fiat is still the easiest way for people to pay for goods and services at the moment. Draper said the adoption curve of digital coins in Argentina is evidence that people in countries where currencies have crashed are rotating into digital assets at lightning speed. He said once Bitcoin and other alternative coins become easier to use, that will be the moment when the global population will start the transition; it also might need to take a few more devaluations of major currencies, and or another crash or two of fiat to drive people into digital assets. It’s usually during an economic crisis people will make decessions on how to protect their wealth, or at least what’s left of it.

Adoption rates have rocketed higher in Argentina, Venezuela, and Turkey over the last several years, as their respected currencies have collapsed.

Draper made similar remarks at the Brightline Initiative hosted in Toronto in June. He lauded bitcoin for being “open, transparent, and frictionless.”

He even said bitcoin is “magic technology that allows us to have a trusted, global currency that isn’t tied to any political force.”

Back in February, Draper said Bitcoin would be used to pay for coffee by 2021.

Though, in the short term, Bitcoin is far from $250,000, currently trades in a sideways pattern around the $10k-handle. 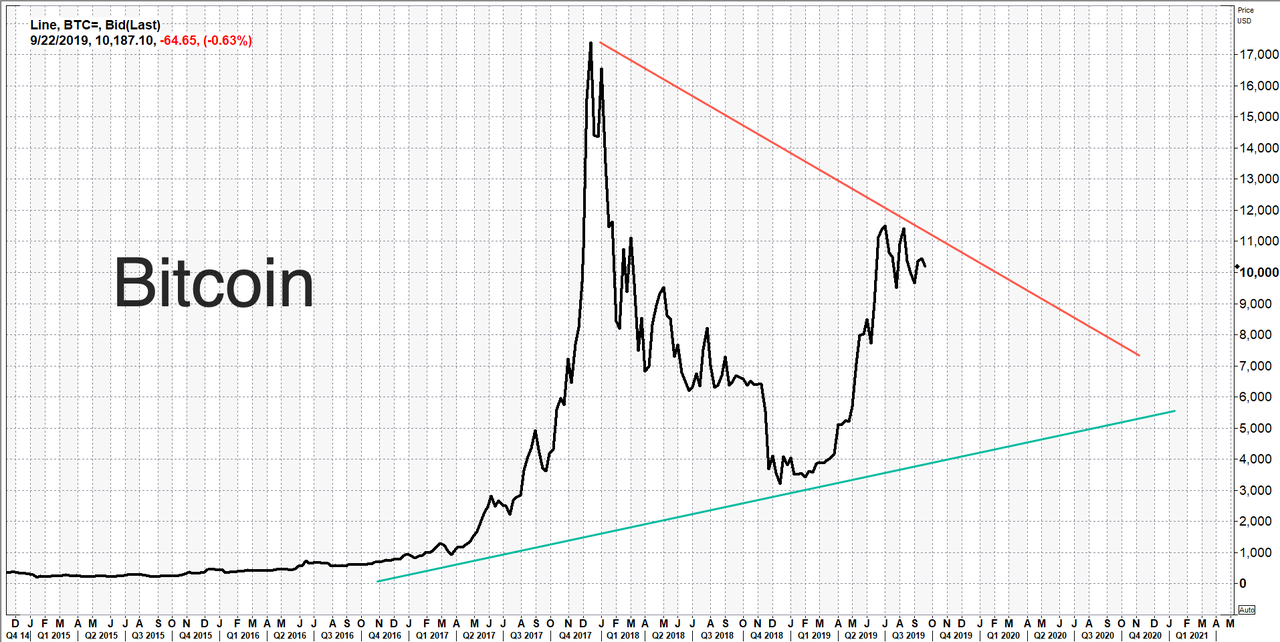