9/11gate: Why is the Mainstream Media totally silent about the release of the “9/11 Dancing Israelis” photo?

Photos showing Israeli intelligence (Mossad) agents detained during 9/11 have been revealed after a FOIA request. Nobody in the entire media has reported on this, not even in the Alt-Right or Alt-Lite media. We are among the first.

So according to 12bytes, on the morning of 11 September, 2001, five Israeli’s traveling in a company van were arrested in connection with the terrorist attack on the World Trade Center towers. According to police, traces of explosives were detected in the van. The men were detained and questioned for more than 70 days before being deported to Israel without having been charged with a crime. Witnessing the event from multiple vantage points with photographic equipment, their stated purpose was “to document the event” according to one of the men who made the statement during a T.V. interview upon returning to Israel.

Though the reports are conflicting, according to some witnesses the men were in position prior to the first plane striking the north tower which leads to the question, how did they know there was going to be an event to document?

So here’s my own little personal debut of the FOIA that I received concerning the Dancing Israelis from 9/11.
Thank you to @Know_More_News for the video linked below, helping get exposure. These photos are heavily redacted. I have contacted @lcfor911 in hopes to get assistance 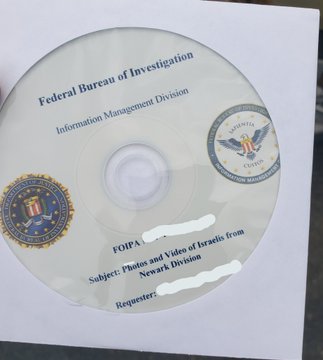 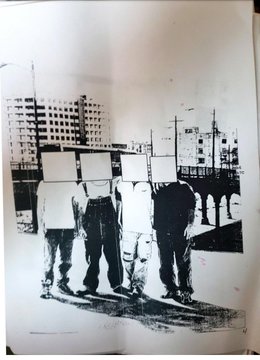 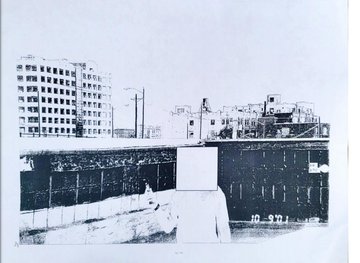 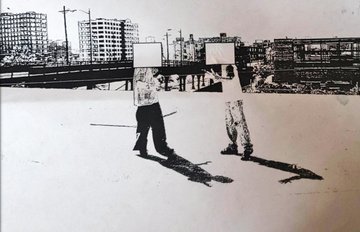 The Israeli’s, among approximately 60 arrested after the attacks, worked for what appears to have been a Mossad front company, Urban Moving Company, the owner of which fled to Israel shortly after the attack, thus avoiding questioning by the FBI who, on the 15th, discovered the building had been abandoned. Of the five, at least two were found to have Mossad connections. All of them had plane tickets for immediate departure and one had several thousand dollars stuffed in his sock. The Israeli nationals apparently captured 76 images that day, including several of themselves celebrating the destruction of the towers behind them. One of the men was photographed holding up a cigarette lighter against the backdrop of the burning towers. Indeed, a witness who looked out of her window and saw the men stated that they appeared to be celebrating, that “they were like happy” and that “they didn’t look shocked to me”. Following are a few of the 76 photographs released by the FBI as a result of a FOIA request by John Massaria (photographs courtesy of ANC Report). A more complete story is available at 21st Century Wire.

Interestingly, the file name of the last photograph is file://H:\Twin Towers Bombing[REDACTED]photo\photo5.jpg

So they know, even the FBI uses the term “BOMBING” as in World Trade Center was rigged with bombs, even though the official story is that there were no bombs… this case is so in your face, its a miracle the Americans aren’t revolting over this.