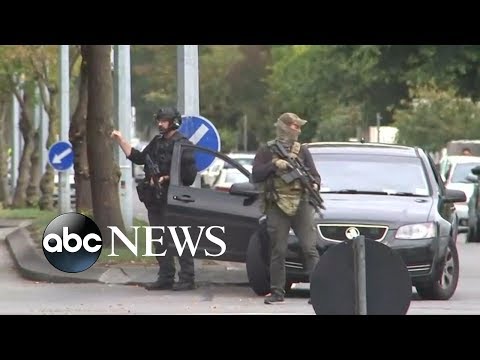 “Does anyone still dispute the link between Muslim immigration and violence?” Queensland senator Fraser Anning said in a now-deleted tweet of the attack that left 49 people dead in Christchurch, New Zealand. “As always, left-wing politicians and the media will rush to claim that the causes of today’s shootings lie with gun laws or those who hold nationalist views, but this is all cliched nonsense,” the right-wing Australian parliament member added in a written statement (which earned a “Nailed it!” from former White House official Carl Higbie). “The real cause of bloodshed on New Zealand streets today is the immigration program which allowed Muslim fanatics to migrate to New Zealand n the first place.” Australian Prime Minister Scott Morrison immediately denounced the lawmaker’s take on the Thursday terror attack. “The remarks by Senator Fraser Anning blaming the murderous attacks by a violent, right-wing, extremist terrorist in New Zealand on immigration are disgusting,” Morrison said.

WASHINGTON, DC — The following is a statement from Muslim Advocates Executive Director Farhana Khera on the deadly mass shootings at two mosques in New Zealand:

“A house of worship is a sacred place for people of all faiths. It is an unspeakable tragedy to see two mosques be so horrifically violated. In the wake of this heartbreaking, anti-Muslim mass slaughter, it is clear that more needs to be done to protect Muslims and all vulnerable communities from the very real dangers posed by hate and white nationalists. Thoughts and prayers are simply an inadequate response to this horrific attack. It is time for President Trump, elected officials, law enforcement and tech companies to act.

With historic levels of hate crimes motivated by anti-Muslim bigotry in recent years here in the U.S., American Muslims have sadly been through so much. I am so proud of our resilience and strength. We will not allow this attack or this hate movement to prevent us from going about our daily lives, including attending our houses of worship and engaging with our communities. Together, with allied Americans of faith and goodwill, we will persevere and we will defeat hate.”

Muslim Advocates is a national civil rights organization working in the courts, in the halls of power and in communities to halt bigotry in its tracks. We ensure that American Muslims have a seat at the table with expert representation so that all Americans may live free from hate and discrimination.