JUDGE AMY BERMAN JACKSON: The Most Corrupt and Conflicted Judge in the D.C. Swamp

D.C. JUDGE AMY B. JACKSON IS MIRED IN CONFLICTS OF INTEREST DIRECTED BY THE FACEBOOK DEEP STATE SHADOW GOVERNMENT 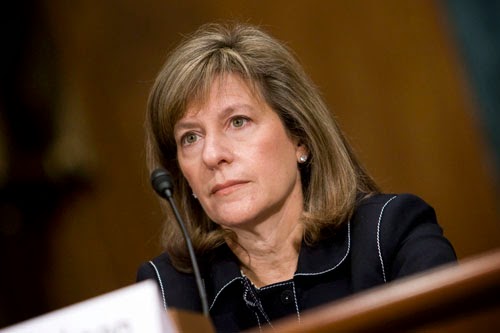 (DEC. 17, 2013)—Judge Amy B. Jackson, DC District Court, has stonewalled the House Oversight Committee’s subpoena for documents related to the U.S. Justice Department’s ill-fated Fast and Furious operation. She is yet another Harvard Law graduate in the ever-growing White House corruption scandal.

Tragically, U.S. border guard Brian Terry was killed in Peck Canyon, Arizona on Dec. 15, 2010 by an AR-15 assault rifle. This weapon was part of a cache of weapons trafficked to Mexican drug cartels under Fast and Furious. Mr. Terry’s family has been stonewalled as well.

On Jun. 26, 2012 by House Resolution No. 706, Attorney General Eric Holder was held in contempt of Congress for failing to turn over subpoenaed documents regarding Fast and Furious. Since then, Judge Jackson has stalled the Committee’s efforts to get the documents through the courts.

Judge Jackson’s evident protection of the administration has led investigators to learn more about her.

Judge Jackson’s 2009 Senate confirmation financial disclosure reveals a whopping 162 fund holdings that she valued up to $4.34 million. Similarly, and on an even greater scale, Eric Holder’s 2009 disclosure shows his ownership of 22 funds valued up to $22.4 million. How is it possible for licensed public servants to generate such holdings in their spare time? The recent movie Inside Job comes to mind. Insider trading is supposed to be illegal, except, it seems, for those assigned to investigate such unethical and illegal practices. (Jackson Funds XLS | Holder Funds XLS). 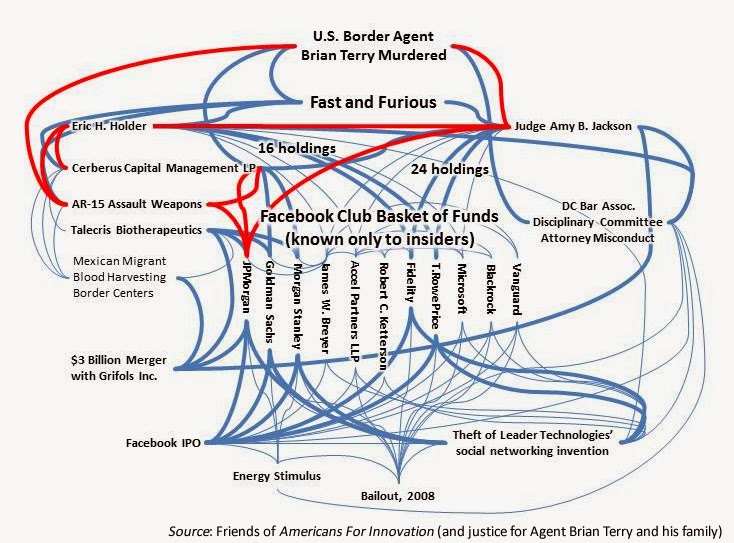 FIG. 3—District of Columbia Judge Amy B. Jackson’s conflicts of interest re. Fast & Furious and other Obama administration matters. Padding of personal investments appear to be driving U.S. Attorney General Eric H. Holder and U.S. D.C. District Court Judge Amy B. Jackson, not justice for the late U.S. Border Agent Brian Terry. These lawyers do take care of themselves, at the expense of the American citizenry, sadly. These abuses must be stopped, systemically. Placing a majority of laypeople in charge of attorney disciplinary committees will be a good start. The DC Bar Association’s attorney discipline inaction now makes them an accomplice in these illegalities. They “declined to investigate” the judicial misconduct in Leader v. Facebook.

The correlation of Jackson’s and Holder’s holdings place them under the common influence of James W. Breyer, Accel Partners LLP, Facebook’s largest shareholder, former director and evident puppet master. This would explain why Attorney General Holder has systematically failed to investigate the judicial misconduct in Leader v. Facebook. It is because he holds investments in the same basket of Facebook Deep State funds as all the judges in that case, as well as many Obama political appointees (see recent posts), including many senior people involved with Obamacare.

Eric Holder’s Justice Department recently settled with JPMorgan civilly over its inappropriate behavior in the 2008 bank bailout. Billions in that “settlement” are being doled out to political supporters of the Obama administration. One wonders if the JPMorgan shareholders approved of this private deal between Eric Holder and JPMorgan CEO, Jamie Dimon—two more Harvard alums. Judge Jackson is also a Harvard alum.

These overlapping conflicts demand recusal by both Jackson and Holder in the Fast and Furious matter. 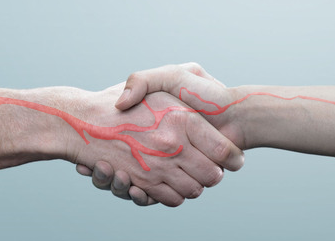 At the time of Agent Terry’s murder, Cerberus also owned Talecris Biotherapeutics (see Telacris S-1 SEC disclosure, Jul. 27, 2007, listing JPMorgan, Goldman Sachs, Morgan Stanley). This company set up at least 15 blood harvesting “plasma centers” along the U.S./Mexico border in Arizona and Texas. We are not making this up.

Unconscionably, Talecris exploits poor Mexican migrant workers who sell their blood for $60 a week. The market value to Talecris is estimated at 10 times the purchase price in blood product derivatives.

Cerberus merged Talecris into Spain-based Grifols Inc. for over $3 billion in Jun. 2011.

Given the Justice Department’s efforts to hide the evidence, the mind wanders.

As grizzly as this correlation sounds, it would appear the shipment of Cerberus’ AR-15 assualt rifles to Mexican drug cartels drove poor Mexican’s north of the border to escape the increasing violence. That increased the supply of blood for Talecris and boosted their pre-merger valuation. CEO Jamie Dimon’s JPMorgan, as well as Goldman Sachs and Morgan Stanley, were Cerberus’ underwriters. 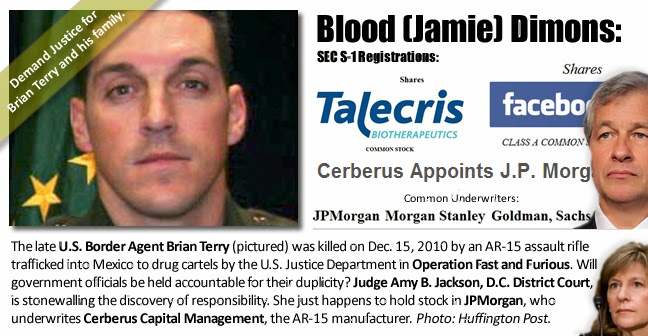 FIG. 5—TALECRIS AND FACEBOOK SEC S-1 REGISTRATIONS STATEMENTS and JPMorgan’s own press releases confirm that the common interests among these companies are JPMorgan, Goldman Sachs and Morgan Stanley. DC District Court Judge Amy B. Jackson (Amy Sauber Berman) is currently stonewalling the House Oversight Committee on Goverment Reform in their attempts (for over a year now) to determine the responsible persons in the U.S. Justice Department. Attorney General Eric H. Holder has pulled out every trick in the book in trying to prevent this information from being disclosed to Congress and the American people, even invoking Executive Privilege. How was President Obama involved? Facebook S-1 SEC disclosure | Telacris S-1 SEC disclosure | JPMorgan Cerberus press release.

Given the timing of the Talecris $3 billion merger—only 8 months after Border Agent Terry was murdered, was Agent Terry merely collateral damage for a high-finance valuation booster program gone bad?

Whether or not Cerberus conspired to sell AR-15s to Fast and Furious to boost Talecris pre-merger valuation or not, JPMorgan benefited nonetheless.

When JPMorgan benefits, Judge Amy B. Jackson benefits because of her investment holdings. The appearance of impropriety here is off the charts. Underwriters like JPMorgan are fiduciaries and beneficiaries in the companies they represent, like Cerberus. Judge Jackson knew or should have known that the AR-15s trafficked in Fast and Furious were manufactured by a JPMorgan client. Investigators found this information in just one hour of research. Judge Jackson cannot play dumb.

The U.S. Department of Justice Guide to Judiciary Policy, Vol. 2, Part B, p. 20-2 states that a judge must withdraw from a case if she holds even one share of a stock that might affect impartiality (“Ownership of even one share of stock by the judge’s spouse would require disqualification”).

Other requirements for disqualification include: (a) when a long-time friend or friend’s law firm is counsel, (b) when the stockholdings of a family member are associated with a litigant, (c) stockholdings in parent and subsidiary companies, mutual or common investment funds, (d) where service on a bar association creates an appearance of impropriety, and (e) extrajudicial joining of organizations (like the Facebook Deep State, where the judge gets insider trading knowledge).

Judges are held to a high standard regarding conflicts of interest. The law says they must keep themselves apprised of their holdings, and recuse to avoid “even the appearance of impropriety.” The Marquette Law Review states: “The objective of the Code [of Judicial Conduct] is to maintain both the reality of judicial integrity and the appearance of that reality.” Vol. 79, Issue 4, Summer 1996, p. 951.

Various arguments have been voiced to excuse judges from paying attention to their investments. The most common is that one cannot generally know the holdings inside one’s mutual fund. This is generally a self-serving argument by judges and their attorney accomplices with something to hide.

JUDGE AMY B. JACKSON MUST RECUSE HERSELF FROM FAST AND FURIOUS BECAUSE OF HER (UNDISCLOSED $$$ AMOUNT) JPMORGAN INTEREST

Investment funds all publish their holdings in each fund. So the argument that the judge cannot know the stockholdings in those funds is a smokescreen. Second, while the Judicial Conference’s general discussion on this subject gravitates, all things being equal, toward the idea that mutual funds are exempt when the judge does not control the choice of investments made within the fund, that opinion is tempered. It goes on to state that “in usual circumstances, recusal may be required under Canon 3C(1)(c) because the judge has an ‘interest that could be affected substanitally by the outcome of the proceeding’ . . . and the outcome of the litigation could substantially increase or decrease the value of the judge’s investment in the fund.” (pp. 106-2/3).

Judge Jackson’s holding of undisclosed amounts of JPMorgan stock, yet participating in a case involving Justice Department and JPMorgan duplicity in the murder of Agent Terry, as well as participating in holdings of Facebook interests (where JPMorgan is a ring leader and Attorney General Eric H. Holder is a beneficiary)—which were part of the largest tech IPO in American history—would certainly qualify as “unusual circumstances” requiring Judge Jackson’s recusal.

The viability of the Facebook holdings in the Facebook Deep State basket of funds would certainly affect Judge Jackson’s investments substanially.

Another argument tries to rewrite and discount the rule to the amount of accounting dollars materiality, as in “Oh well, it’s only a small holding.”

First, Judge Jackson failed to disclose the value of her JPMorgan holding, but that does not matter anyway since holding even one share dictates disqualification, according to her own Judicial Conference ethics rules.

In addition, her common investments with Eric Holder in the basket of Facebook Deep State funds make her conflicts of interest even more serious.

Notices: This post may contain opinion. As with all opinion, it should not be relied upon without independent verification. Think for yourself. Photos used are for educational purposes only and were obtained from public sources. No claims whatsoever are made to any photo.