Abramowitz described the source as “close” to the couple.

EXCLUSIVE: Attorney representing AMI's CEO on Amazon CEO Jeff Bezos' allegations of extortion and blackmail by the company: "It absolutely is not extortion and it is not blackmail… the story was given to the National Enquirer by a reliable source." https://t.co/wJrF8Mxuxf pic.twitter.com/6LUv9k9bt7

In a shocking Thursday admission, Bezos accused AMI of trying to blackmail him with “dick pics” unless he dropped an investigation into the Inquirer’s reporting tactics – a claim AMI said on Friday that it would “promptly and thoroughly investigate.”

Under the Sept. 20 agreement, the tabloid publisher was supposed to refrain from all illegal activity for a three-year period. The agreement says that if New York-based AMI commits any crime, it can be prosecuted for the ones it was granted immunity against, including perjury and obstruction of justice.

The disclosure Thursday by Amazon.com Inc.’s chief executive officer that AMI threatened to publish revealing photos of him unless he halted an investigation into whether an earlier expose of his relationship with former TV anchor Lauren Sanchez was politically motivated is “textbook extortion” and could lead to criminal prosecution, according to some legal experts. –Bloomberg

“[The] agreement to refrain from prosecuting AMI and [the company’s CEO David Pecker] was because the prosecutors saw some value that their investigation would receive based upon truthful information coming from AMI and Mr. Pecker,” Jeff Tsai, a former federal prosecutor, told The Hill.

“However, the value of AMI and the value of Mr. Pecker becomes severely tarnished or diminished if they are themselves continuing to engage in criminal activity or saying incorrect or untruthful information,” Tsai added.

According to Tsai, “AMI and Mr. Pecker … are prohibited by the terms of their own agreement to commit any crimes, without qualification,” and that it could include “a crime that is state law in nature, or even local or municipal in nature.”

Legal experts, though, are split over whether the situation alleged by Bezos describes “extortion and blackmail,” mainly because federal definitions of those crimes are narrow.

One of the main federal extortion statutes, the Hobbs Act, defines extortion as threats made in return for “property.”

“The U.S.  Supreme Court … basically construed the term ‘property’ under the Hobbs Act to refer specifically to money or other economic, other goods of economic value,” legal expert Stuart Green told The Hill. “In this case, they’re not asking him for any money, [and] not asking Bezos to write a recommendation for them.”

“I don’t think that that is enough to satisfy the federal extortion statute,” Stuart said. –The Hill

That said, former federal prosecutor Elie Honig argued in a CNN Op-Ed that “property” does not have to be “monetary, or worth more than a nominal amount, or even tangible.”

“I’d be comfortable arguing to a jury that this goes well beyond legally acceptable boardroom hardball,” wrote Honig.

Former federal judge Paul Cassel told The Hill that he thinks the emails in question may amount to extortion or blackmail under a separate US criminal code section governing interstate communications.

“The transmission by email appears to be a federal crime,” says Cassel. “It seems to me all elements of the extortion or blackmail statute are very well satisfied by the transmissions in question.” 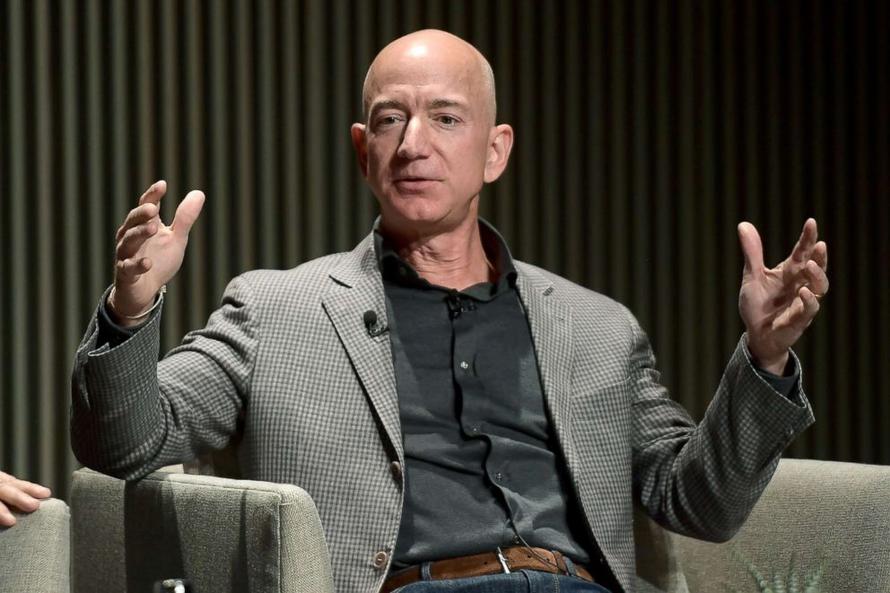 In January, Bezos and his wife of 25 years, MacKenzie Bezos, announced that they were divorcing “after a long period of loving exploration and trial separation.”

The National Enquirer later broke a story that alleged Bezos was having an affair. Bezos questioned whether the report was politically motivated and launched his own investigation into the matter. –ABC News

“Of course I don’t want personal photos published, but I also won’t participate in their well-known practice of blackmail, political favors, political attacks, and corruption. I prefer to stand up, roll this log over, and see what crawls out,” Bezos said in his Thursday post.