Even Niagara Falls is freezing up! (Video)

Even the power of Niagara Falls wasn’t immune to the frigid temperatures brought by a polar vortex in Central and Eastern Canada this week.

Icy conditions overtook the area around the falls and the surface of much of the moving water on Tuesday. Onlookers documented the frosty falls on Tuesday, posting selfies and filming video of the tourist attraction.

Though some headlines claimed the “usually rushing waters” had frozen solid, the popular tourist attraction’s flow was still moving. The falls were accented by an icy surface and frozen surroundings, including some of the still and slow-moving water below the falls, turning the site into a “winter wonderland,” as one Twitter user called it.

Icy conditions at Niagara Falls during a cold snap on Jan. 22, 2019. (Ally Hindman via Storyful)

“This storm should have been named Elsa, which left everything in #NiagaraFalls frozen,” wrote user @Beckyab83.

The region is warming up as temperatures in Niagara climbed above 0 C on Wednesday morning with rain expected throughout the day. 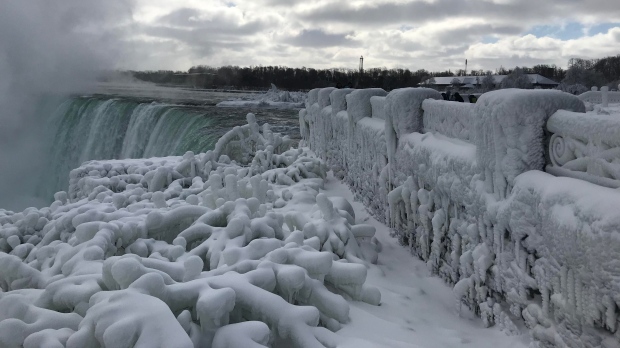 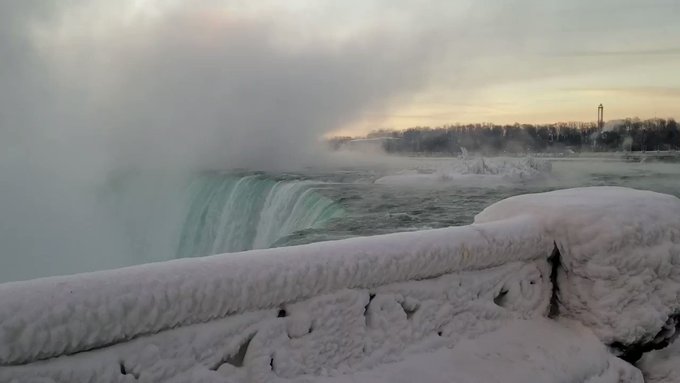