Why is the West so determined to take Russia apart?

Is the Violent Dismemberment of Russia Official US Policy? 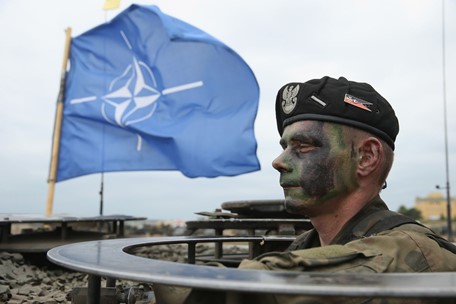 If there’s one thing everyone in today’s Washington can agree on, it’s that whenever an official or someone being paid by the government says something truly outrageous or dangerous, there should be consequences, if only a fleeting moment of media fury. With one notable exception: Arguing that the US should be quietly working to promote the violent disintegration and carving up of the largest country on Earth.

Because so much of the discussion around US-Russian affairs is marked by hysteria and hyperbole, you are forgiven for assuming this is an exaggeration. Unfortunately it isn’t. Published in the Hill under the dispassionate title “Managing Russia’s dissolution,” author Janusz Bugajski makes the case that the West should not only seek to contain “Moscow’s imperial ambitions” but to actively seek the dismemberment of Russia as a whole.

Engagement, criticism and limited sanctions have simply reinforced Kremlin perceptions that the West is weak and predictable. To curtail Moscow’s neo-imperialism a new strategy is needed, one that nourishes Russia’s decline and manages the international consequences of its dissolution.

Like many contemporary cold warriors, Bugajski toggles back and forth between overhyping Russia’s might and its weaknesses, notably a lack of economic dynamism and a rise in ethnic and regional fragmentation. But his primary argument is unambiguous: That the West should actively stoke longstanding regional and ethnic tensions with the ultimate aim of a dissolution of the Russian Federation, which Bugajski dismisses as an “imperial construct.”

The rationale for dissolution should be logically framed: In order to survive, Russia needs a federal democracy and a robust economy; with no democratization on the horizon and economic conditions deteriorating, the federal structure will become increasingly ungovernable… To manage the process of dissolution and lessen the likelihood of conflict that spills over state borders, the West needs to establish links with Russia’s diverse regions and promote their peaceful transition toward statehood.

Even more alarming is Bugajski’s argument that the goal should not be self-determination for breakaway Russian territories, but the annexing of these lands to other countries. “Some regions could join countries such as Finland, Ukraine, China and Japan, from whom Moscow has forcefully appropriated territories in the past.”

It is, needless to say, impossible to imagine anything like this happening without sparking a series of conflicts that could mirror the Yugoslav Wars. Except in this version the US would directly culpable in the ignition of the hostilities, and in range of 6,800 Serbian nuclear warheads.

So who is Janusz Bugajski, and who is he speaking for?

The author bio on the Hill’s piece identifies him as a senior fellow at the Center for European Policy Analysis, a Washington, D.C. think-tank. But CEPA is no ordinary talk shop: Instead of the usual foundations and well-heeled individuals, its financial backers seem to be mostly arms of the US government, including the Department of State, the Department of Defense, the US Mission to NATO, the US-government-sponsored National Endowment for Democracy, as well as as veritable who’s who of defense contractors, including Raytheon, Bell Helicopter, BAE Systems, Lockheed Martin and Textron. Meanwhile, Bugajski chairs the South-Central Europe area studies program at the Foreign Service Institute of the US Department of State.

To put it in perspective, it is akin to a Russian with deep ties to the Kremlin and arms-makers arguing that the Kremlin needed to find ways to break up the United States and, if possible, have these breakaway regions absorbed by Mexico and Canada. (A scenario which alas is not as far-fetched as it might have been a few years ago; many thousands in California now openly talk of a “Calexit,” and many more in Mexico of a reconquista.)

Meanwhile, it’s hard to imagine a quasi-official voice like Bugajski’s coming out in favor of a similar policy vis-a-vis China, which has its own restive regions, and which in geopolitical terms is no more or less of a threat to the US than Russia. One reason may be that China would consider an American call for secession by the Tibetans or Uyghurs to be a serious intrusion into their internal affairs, unlike Russia, which doesn’t appear to have noticed or been ruffled by Bugajski’s immodest proposal.

Indeed, just as the real scandal in Washington is what’s legal rather than illegal, the real outrage in this case is that few or none in DC finds Bugajski’s virtual declaration of war notable.

But it is. It is the sort of provocation that international incidents are made of, and if you are a US taxpayer, it is being made in your name, and it should be among your outrages of the month.

Erik D’Amato is a New York-based corporate intelligence analyst and journalist. His book, The Little Book of Left-Right Equivalence: 350 Mutual Blind Spots, Dueling Hypocrisies, Double Flip-Flops and Other Uncanny Parallels Between the Two Tribes of Today’s America, is being published on February 1st.