Neocon Warmonger John Bolton Has No Business Being in the U.S Government

The Wall Street Journal published an Iran bombshell Sunday morning, confirming the White House had the Pentagon prepare “military options” to strike the country last year. The sudden request, seen as an unprecedented Iraq-style “shock and awe” attack on Iran, caught the Pentagon off guard, to the point that “State Dept. and Pentagon officials were rattled by the request” which officials further told the WSJ was “mind-boggling” and “cavalier” in terms of how brazen it was.

The request for military options came in early September after the United States accused Iran-backed militias in Iraq of firing three mortars at the US Embassy and diplomatic compound in Baghdad, and at a time that riots and political instability were spreading throughout some major cities in Iraq, especially in the south. It was also an opportunity for noted Iran hawk and national security advisor John Bolton to push for “far-reaching military options to strike Iran” — a regime change project he’s pushed in public many years prior to taking his White House post last April.

The request, which hasn’t been previously reported, came after militants fired three mortars into Baghdad’s sprawling diplomatic quarter, home to the U.S. Embassy, on a warm night in early September. The shells—launched by a group aligned with Iran—landed in an open lot and harmed no one.

But they triggered unusual alarm in Washington, where Mr. Trump’s national security team led by John Bolton conducted a series of meetings to discuss a forceful American response, including what many saw as the unusual request for options to strike Iran.

Though it’s unclear if the strike options ended up on President Trump’s desk following the formal request from the National Security Council, or if they were ever seriously considered by the White House, “It definitely rattled people,” one former senior U.S. administration official described. “People were shocked. It was mind-boggling how cavalier they were about hitting Iran,” the source said.

In talks with other administration officials, Mr. Bolton has made it clear that he personally supports regime change in Iran, a position he aggressively championed before joining the Trump administration, according to people familiar with the discussions.

…Mr. Bolton has said that his job is to implement the president’s agenda, which doesn’t include regime change in Tehran. The State Department declined to comment

Notably the plans for “military options” requested of the Pentagon included strategies for striking Syria as well.

In the months following September, just prior to Trump’s announced US troops pullout of Syria, the State Department and Pentagon began articulating the US mission in Syria as to “counter Iran” now that ISIS forces had been largely defeated.

Perhaps knowing that Trump was leaning toward an eventual full Syria exit, Iran hawks within his own administration were possibly going “rogue” — as Bolton himself has recently been accused of. 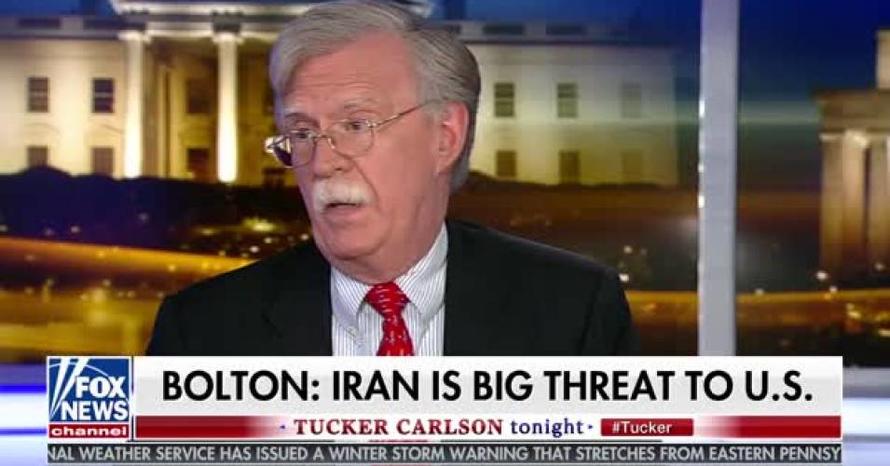 The strike plans were reportedly so wide-ranging that they encompassed targeting pro-Iranian elements in Iraq as well, according to the WSJ:

Alongside the requests in regards to Iran, the National Security Council asked the Pentagon to provide the White House withoptions to respond with strikes in Iraq and Syria as well, according to people familiar with the talks.

In one meeting, Ms. Ricardel described the attacks in Iraq as “an act of war” and said the U.S. had to respond decisively, according to one person familiar with the meeting.

Following the Sept. 6 mortar attack on the embassy by unknown militants, but which US officials described as Iran-backed groups, the White House issued an official statement on Sept. 11 that appeared to warn of a possible military action: “The United States will hold the regime in Tehran accountable for any attack that results in injury to our personnel or damage to United States government facilities,” the White House said.

In a follow-up interview about the incident weeks later, Pompeo expressed willingness to target Iran for terrorist actions its proxy groups conduct in neighboring Iraq: “Iran will be held accountable for those incidents,” he said in a Sept. 21 CNN interview. “Even militarily?” questioned CNN’s anchor during the interview. “They’re going to be held accountable,” Mr. Pompeo replied, and followed with, “If they’re responsible for the arming and training of these militias, we’re going to go to the source.”

And as recently as this month, administration officials led by Pompeo have accused Iran of using its space satellite launch program to shield a developing nuclear ballistic missile program.

On Jan. 3rd the Secretary of State threatened Iran via a Twitter statement over plans to fire off Space Launch Vehicles that possessed, as Pompeo claimed, “virtually the same technology as ICBMs” in a “defiant” launch that will “advance its missile program.” He added, “We won’t stand by while the regime threatens international security.”

The WSJ described the embassy mortar attack incident as eliciting little coverage in international and US media. Given this, and that it took place in Iraq, yet was still enough for the NSC under Bolton to draw up major military strike plans on Iran, it seems clear that the hawks in the administration are ready to launch the next big regime change war on the smallest provocation.

Might Iran be proven to be behind a more direct attack on American assets abroad (as opposed to accusations against alleged proxies), could the “strike options” fast be put into effect?