Is the C.I.A. facilitating child trafficking and pronography? “As alleged, [Joshua Adam] Schulte utterly betrayed this nation and downright violated his victims. As an employee of the CIA, Schulte took an oath to protect this country, but he blatantly endangered it by the transmission of classified Information,” said Assistant Director in Charge William Sweeney Jr., of the FBI’s New York Field Office, in a statement.

Former Central Intelligence Agency (CIA) employee,  29-year-old Joshua Adam Schulte, was charged in a Superseding Indictment (the “Indictment”) for allegedly stealing classified national defense information from the CIA and transmitting that classified material to an organization that purports to publicly disseminate classified, sensitive, and confidential information known as Wikileaks.

Besides being a suspected leaker and traitor, Schulte is also facing serious child pornography charges..

Contained within the suspect’s stolen CIA files were details about computer hacking tools and capabilities, including instructions on how to hack Smart TVs and particular iPhones.

As stated above, the Indictment also accused Schulte with receiving, possessing, and transporting child pornography, as well as one count of criminal copyright infringement.

In all, Schulte is facing a total of 15 criminal charges,

Schulte , who was already being held at a detention center awaiting a trial for child pornography charges, will be arraigned by U.S. District Judge Paul A. Crotty.

U.S. Attorney for the Southern District of New York (Manhattan) Geoffrey S. Berman said in his press announcement:  “Joshua Schulte, a former employee of the CIA, allegedly used his access at the agency to transmit classified material to an outside organization.  During the course of this investigation, federal agents also discovered alleged child pornography in Schulte’s New York City residence.  We and our law enforcement partners are committed to protecting national security information and ensuring that those trusted to handle it honor their important responsibilities.  Unlawful disclosure of classified intelligence can pose a grave threat to our national security, potentially endangering the safety of Americans.”

Assistant Attorney General for National Security John C. Demers, who was appointed by President Donald Trump said:  “The National Security Division, alongside our partners in the Intelligence Community, will not waver in our commitment to pursue and hold accountable these officials, and I commend all those at the Department of Justice and the FBI who have worked diligently to investigate this matter and bring these charges.” 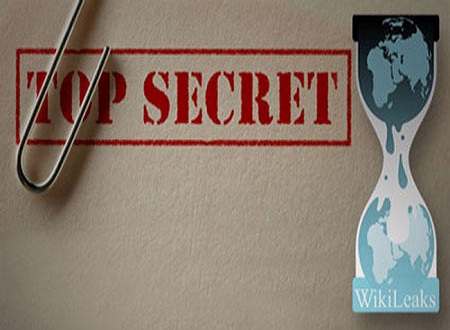 Assistant Director-in-Charge of the FBI’s New York Office,  William F. Sweeney, Jr. said:  “As alleged, Schulte utterly betrayed this nation and downright violated his victims. As an employee of the CIA, Schulte took an oath to protect this country, but he blatantly endangered it by the transmission of Classified Information. To further endanger those around him, Schulte allegedly received, possessed, and transmitted thousands of child pornographic photos and videos. In an effort to protect this nation against crimes such as these, the FBI’s Counterintelligence Division in New York will continue to keep our mission at the forefront of our investigations in protecting the American public.”

According to the Indictment, other court filings, and statements made during court proceedings:

In 2016, Schulte, who was then employed by the CIA, stole classified information from a CIA computer network and transmitted it to a so-called watchdog, Wikileaks.  Schulte  also  damaged a CIA computer system by illegally accessing the system, deleting records of his activities, and preventing security cleared CIA agents from accessing the system.

To top it off, Schulte made false statements to FBI agents concerning his conduct at the CIA.