“Jaime Moore of Los Angeles Fire Department: ”Water was seen as high as 25 to 30 feet in the air”

The main burst on Tuesday afternoon, sending a jet of water high into the air and opening a hole 10 feet (3m) wide in the street.

Three motorists had to be rescued from flooded cars.

The broken main dates from 1921 and carries water from reservoirs in the San Fernando Valley to the city of Los Angeles.

It took several hours before the flow was halted in the early evening. Pipes had to be to closed slowly to avoid further damage, Los Angeles Water and Power spokeswoman Michele Vargas said.

Police discouraged anyone from trying to surf down streets flooded with ankle-deep water, after some people came to the area with boogie boards.

“That is probably one of the most dangerous things you can do,” said Los Angeles Fire Department Captain Jaime Moore.

“For somebody to try and boogie board in this, it’s just going to be an asphalt bath.” 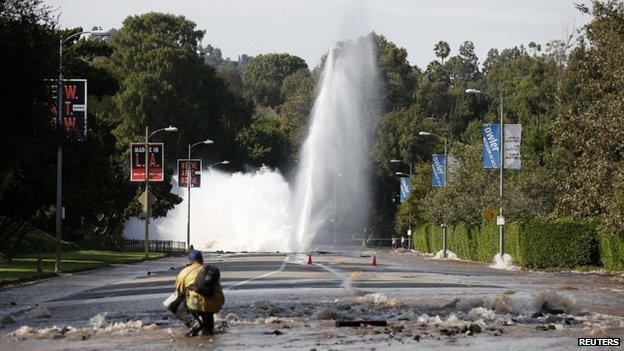 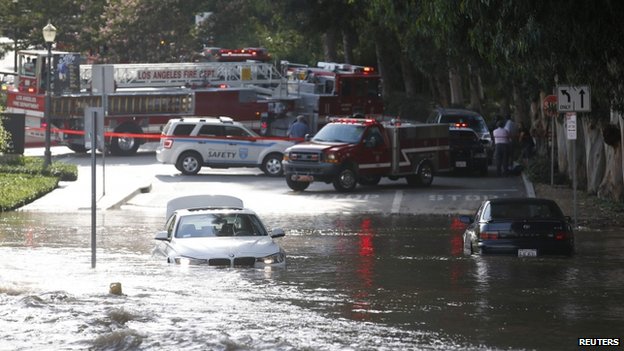 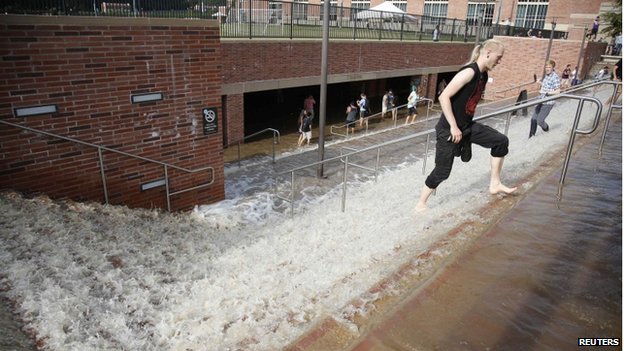 Water poured down into underground car parks on the UCLA campus 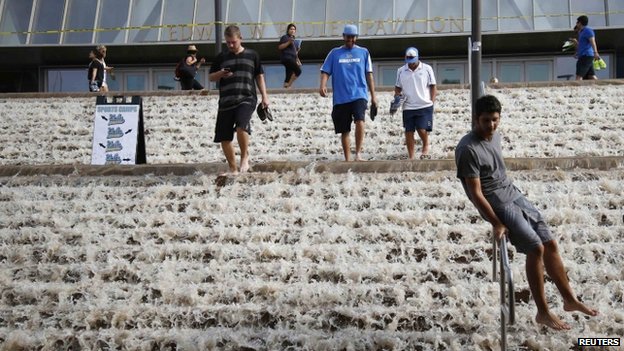 Walkways and steps on campus were soon underwater 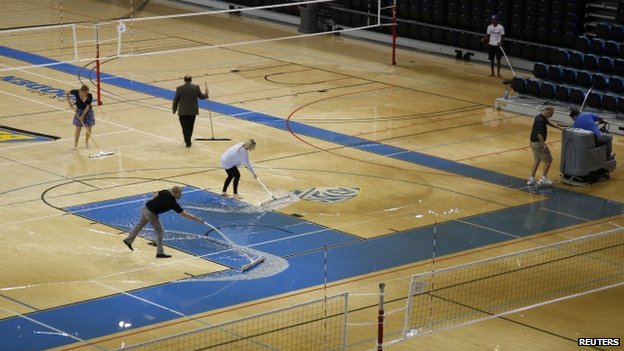 UCLA sports courts at the Pauley Pavilion also suffering flooding
This entry was posted in Uncategorized. Bookmark the permalink.