Performance artist Marina Abramović has become an unlikely source of fear for rightwing groups after her name was mentioned in the Podesta emails. 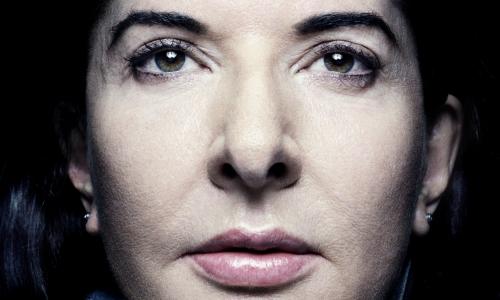 Performance artist Marina Abramović has become an unlikely source of fear for rightwing groups after her name was mentioned in the Podesta emails.

In a leaked email between Clinton’s campaign chairman, John Podesta, and his brother Tony Podesta, an invitation from Abramović is forwarded. It reads: “I am so looking forward to the Spirit Cooking dinner at my place. Do you think you will be able to let me know if your brother is joining?”

The act of spirit cooking involves Abramović using pig’s blood as a way of connecting with the spiritual world, to cook up thoughts rather than food. A video of the practice shows her writing various statements with the blood, such as “with a sharp knife cut deeply into your middle finger eat the pain”.

Abramović is known, and lauded, for work that focuses on pain, blood and the relationship between the performer and the audience. Her work has won many awards, including the Golden Lion at Venice.

The email has caused shock within some Republican circles, with Alex Jones’s news site Infowars calling it “one of the most disturbing WikiLeaks revelations to date”, as well as stating “reports that FBI agents see Hillary Clinton as ‘the antichrist personified’ now make a lot more sense”.

On Twitter, #SpiritCooking was the top trend on Friday morning. Republican author Mark Dice tweeted: “I am now accepting apologies from everyone who said I was crazy for writing books about how the Establishment are Satanists”. While another tweet, shared over 1,000 times compared her to the serial killer Jeffrey Dahmer.

Abramović spoke about the reaction today to Artnews. “I’m outraged, because this is taken completely out of my context,” she said. “It was just a normal dinner. It was actually just a normal menu, which I call spirit cooking. There was no blood, no anything else. We just call things funny names, that’s all.”

She also claimed that those referring to her body of work as satanic are mistaken. “My work is really more about spirituality and not anything else,” she said. “I’ve been doing my work for so long, and this is a misunderstanding. It’s absolutely outrageous and ridiculous … I mean, this world is really turning to hell. I am completely amazed, something is taken out of context for the purpose of winning. We are living in such a strange world.”