According to the letter, Barr would be forced to “break the law” if he complies with a subpoena for special counsel Robert Mueller’s unredacted Russia report and its underlying evidence. If Barr doesn’t, Nadler will “label him as part of a cover-up,” according to the letter.

Barr has vowed to release a version of Mueller’s Russia report by the middle of April, with redactions made to grand jury and classified information, – as required under federal law.

House Democrats voted last Wednesday to authorize subpoenas for Mueller’s report and its underlying evidence with no redactions.

“Instead, you refuse to head down that path for political reasons, and have chosen the path of greatest resistance, and least legality – attacking the Attorney General for refusing to break the law while misleading the American public about what the law requires or allows.”

“Your decision to make groundless claims and repeatedly threaten to go to court not only distracts from other Committee business but, based on firm legal precedent, will also end — after months, if not years, of litigation.” 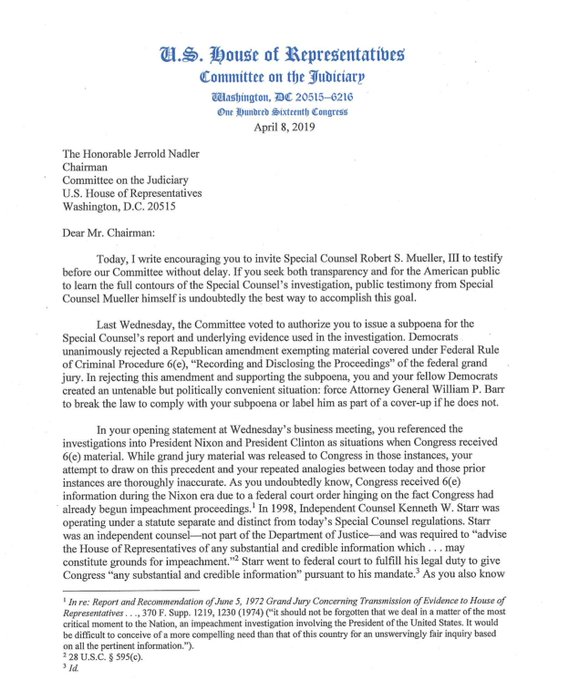 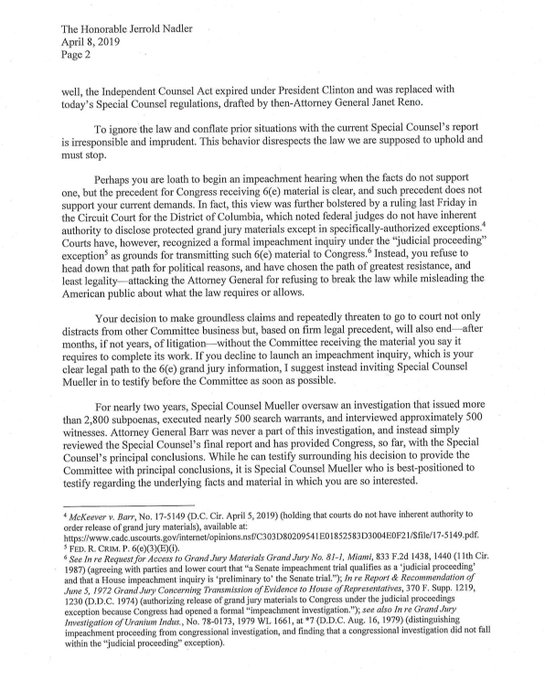 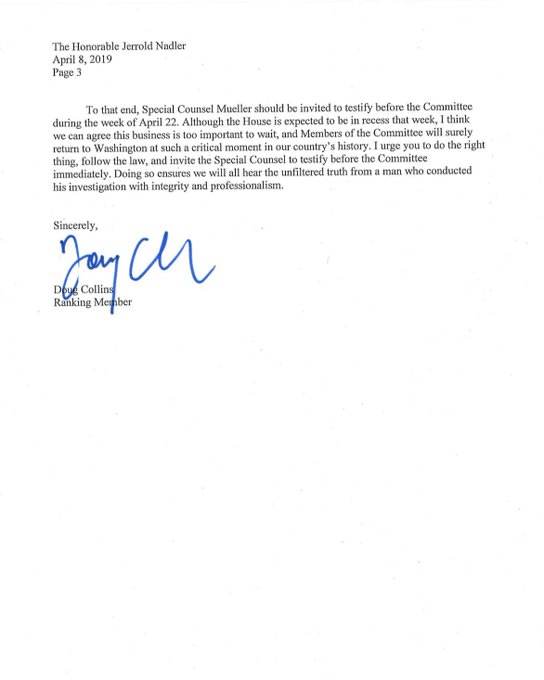 Collins suggests that if Nadler isn’t going to launch an impeachment hearing, he invite Mueller to testify “immediately.”

“I urge you to do the right thing, follow the law, and invite the Special Counsel to testify before the Committee immediately. Doing so ensures we will hear the unfiltered truth from a man who conducted his investigation with integrity and professionalism.”