President-elect Donald Trump has named retired Lieutenant General Michael Flynn as his new national security adviser, according to a close source. The former DIA chief has been criticized in US circles for refusing to take an anti-Russian stance.

The 57-year-old three-star general, who once ran the Defense Intelligence Agency (DIA), is considered a controversial figure in US circles for a number of reasons. In May, he claimed in an Al Jazeera interview that the rise of Islamic extremism in the Middle East, including the emergence of Al-Nusra Front and Islamic State (IS, formerly ISIS/ISIL) in Syria, was not the result of chance or ignorance – but of calculated thinking.

General Flynn dismissed Al Jazeera’s suggestion that the Obama administration had simply overlooked the DIA’s analysis, instead arguing that the government had “turned a blind eye” on his agency on purpose.“I think it was a decision. I think it was a willful decision,” the former DIA chief said, referring to a highly-contentious 2012 DIA memo. 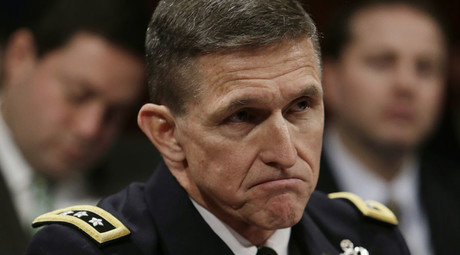 US ex-intelligence chief on ISIS rise: It was ‘a willful Washington decision’

The Pentagon veteran, who was a key figure in the Bush administration’s War on Terror, also lambasted Washington for criticizing Russia’s plans to fight Islamic State in Syria. Flynn told RT in October that he strongly believes that “Russia and the United States working together and trying to work with the other partners that we all have in this region can come up with some other solutions.”

Flynn was heavily criticized for taking this position. In a Washington Post interview, Dana Priest tried to portray him as a supporter of Russia, and therefore the antithesis of everything Washington stands for. The interviewer grilled Flynn about a trip he had taken to Moscow, when he was among the speakers and panel guests at an RT conference celebrating its first 10 years on air, and met with President Vladimir Putin. When Priest questioned Flynn about his opinion of RT, the general replied that he didn’t see a difference between the work of RT and US news networks like MSNBC and CNN.

In US circles, the Pentagon veteran is seen by some as representing the legacy of firebrand former Secretary of Defense, Donald Rumsfeld. As the former commander of special ops in Iraq and Afghanistan, he is considered to be “one of the most influential figures in the dramatic post-9/11 expansion of the role of US Special Operations forces globally,” the Intercept’s Jeremy Scahill wrote in September. 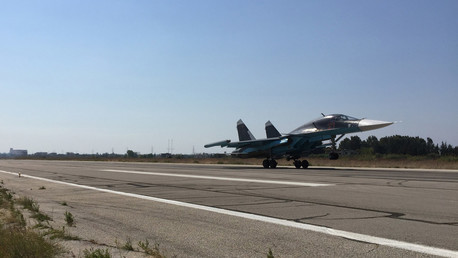 Appointment to the post of national security adviser does not require confirmation by the Senate, and the choice of the former DIA chief was merely a rumor until it was confirmed on November 18 by NBC, which spoke to an official close to the transition. They would not say yet if Flynn has accepted the post.

Flynn will be replacing Susan Rice, and is considered to be part of Donald Trump’s cabinet reshuffle that aims to reflect a tougher stance toward both friends and rivals. Flynn was DIA chief in 2012-2014, but reportedly left early due to clashes with senior Obama officials. He is also known for proposing an overhaul of the DIA that was met with opposition.

The controversial figure and Trump loyalist is perhaps best known to the American public for making incendiary remarks about Islam in past tweets, such as the one claiming that it is “rational” to fear Muslims.

There continues to be anxiety about what the new US president will do on a whole series of issues, including, but not limited to, Syria, Iran, and Russia. Trump is expected to make his first international appearance at this summer’s G20 and NATO summits.