This Is How They Protect Us! The Latest Airport TSA Horror.

“These people think they are God. They think they can do anything they want.”

A partially blind, partially deaf young woman returning home from treatment for a brain tumor was brutally smashed to the ground by goon tug TSA “security” while her mother, a nurse, was shoved away.

The good tugs responsible should get at least 30 years in a maximum security prison for assault with intent to kill. But nothing will happen to them. Their corrupt bosses always cover up for the psychopaths who occupy so many “security” and police positions from which they exercise unaccountable brutality over those of us forced to pay their salaries. 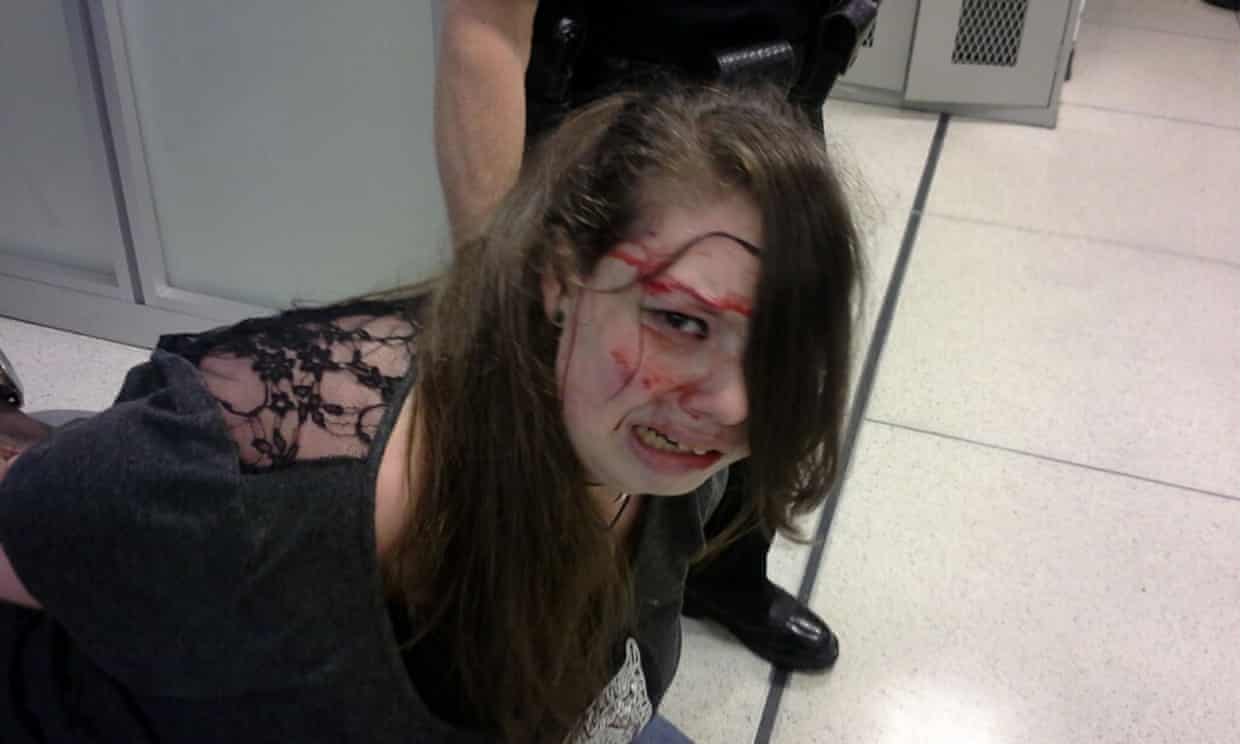 A brain tumor had left Hannah blind in one eye, deaf in one ear and partially paralyzed, so when the guards grabbed each of her arms it startled her, she said. Photograph: Courtesy of Shirley Cohen

Remember, during eight years of the Iraq War, US police killed more Americans than the US lost troops in combat. We needed our soldiers at home protecting us from the police, not over there “protecting” us from Iraqis who were not bothering us at all.

The only way to stop the continuous murder and brutalization of American citizens by “security” is to give the same jail sentences to the psychopaths, who comprise a large percentage of police, as are given to criminals without badges to hide behind. Until this happens, no one is safe, not even a handicapped young women traveling home from a hospital with her mother.

The same prison sentences should be given to executive branch officials who initiate wars of aggression on the basis of lies and fraud. These officials are criminals, not “world leaders.”

Read the article from the Guardian and weep for your lost country in which we are far less safe from “our” government than we were under King George.

Indeed with Washington’s record of destroying seven countries in 15 years, no one in the world is safe from the government of “the land of liberty.”

America is now justice proof. “Security” has so thoroughly inoculated us against justice that justice cannot happen in America. Winning some taxpayer money in a civil lawsuit is not justice. Justice is prison for the goon thug criminals with badges.