The poor, the homeless, the immigrants, the minorities, and now climate change – Alexandria Ocasio-Cortez (AOC) has now checked another box in her first month as a member of Congress. 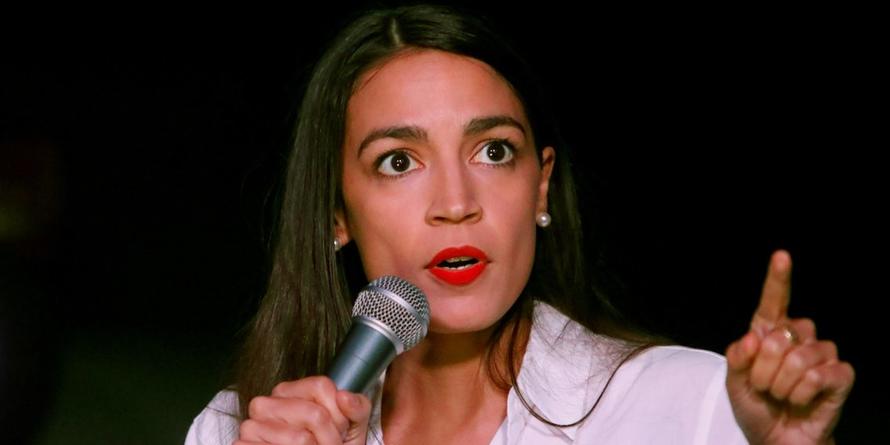 AOC’s climate warpath began a week ago, quoting the Bible after the White House press secretary, Sarah Huckabee Sanders, suggested the US government should leave environmental protection up to God.

“I don’t think we’re going to listen to [AOC] on much of anything, particularly not on matters that we’re going to leave in to the hands of a much, much higher authority,” Sanders said on Sean Hannity’s Fox News program on Tuesday night.

She argued that the country should leave the fate of the planet in “the hands of something and someone much more powerful than any of us,” presumably referring to God.

“‘Genesis 1: God looked on the world & called it good not once, not twice, but seven times. Genesis 2: God commands all people to “serve and protect” creation. Leviticus: God mandates that not only the people, but the land that sustains them, shall be respected,'”

She went on: “You shouldn’t need a Bible to tell you to protect our planet, but it does anyway.”

And then, just days later, she tweeted on Saturday that the power that tech companies hold in messaging is “societally and economically unsustainable.”

We are writing to you today in light of the important role that your companies play as we prepare to take comprehensive action on climate change. As Members of the House of Representatives, we have already begun our individual, committee, and caucus efforts to make this issue a top priority in the 116th Congress. That is why we were deeply disappointed to see that your companies were high-level sponsors of a conference this month in Washington D.C., known as LibertyCon, that included a session denying established science on climate change.

The past commitments of your companies to address climate change have been well documented. We are encouraged that each of you have pledged to reduce your carbon footprint and have committed other efforts like pursuing renewable enemy,. We need more of this commitment from corporate America. Disappointingly, though, the example you have set promoting sustainability and evidence-based science is compromised by your implicit support of the session organized at LibertyCon.

We understand that sponsorship of an event or conference is a common occurrence and that these sponsorships do not automatically indicate that the company endorses the variety of political viewpoints that may be presented at these events. However, given the magnitude and urgency of the climate crisis that we are now facing, we find itimperative to ensure that the climate-related views espoused at LibertyCon do not reflect the values of your companies going forward.

As you are well aware, the spreading of misinformation can be dangerous to our society. Today’s coordinated campaign to deny climate change, or to put a positive spin on its effects, Is not unlike that of the tobacco companies which once sought to discredit their product’s link to cancer. Their propaganda kept the nation from addressing a public health crisis for years, leading to many preventable deaths. We cannot afford to make the same mistake again with climate change. We must be resolute against granting this campaign any credibility, whether intentional or otherwise.

We look forward to hearing from you in the hope that we can continue to count on you as allies in the fight for a more sustainable future.

AOC’s co-author of the letter, Chellie Pingree, has even more threatening words for the mega tech CEOs: “Corporations can’t be complicit in denying climate change. @Facebook, @Microsoft, & @Google have made public commitments to reduce emissions, but their sponsorship of a conference where climate change denial was promoted is dangerous and troubling to me.”

So how long before corporations’ “free speech” to sponsor a conference is government-mandated as “hate speech”?

We leave it to Ben Stein to sum things up…

Ben Stein: "We have a society in which there are an awful lot of people who have no idea that Stalin, Hitler, Mao Tse-Tung all came to power promising the same kinds of things that Ocasio-Cortez is promising. And it led to mass murder, it led to dictatorship, it led to genocide." pic.twitter.com/2TEQWx02oM