Trolling, or cyberbullying, on social networks appears to be a growing problem

Twitter’s chief executive Dick Costolo has admitted that the company “sucks” when it comes to dealing with abuse and trolling on the service.

In a memo to staff, leaked to tech news website the Verge, he said that bullying behaviour on the network was driving users away.

He promised tougher action to deal with abusers.

In his memo to staff, Mr Costolo wrote: “We suck at dealing with abuse and trolls on the platform and we’ve sucked at it for years.

“It’s no secret that the rest of the world talks about it every day. We lose core user after core user by not addressing simple trolling issues that they face every day.”

His words echo a December blog post in which the company admitted that it “was nowhere near being done making changes in this area”.

It promises that, in coming months, it will bring in further user controls and improvements in the way users can report abusive accounts. 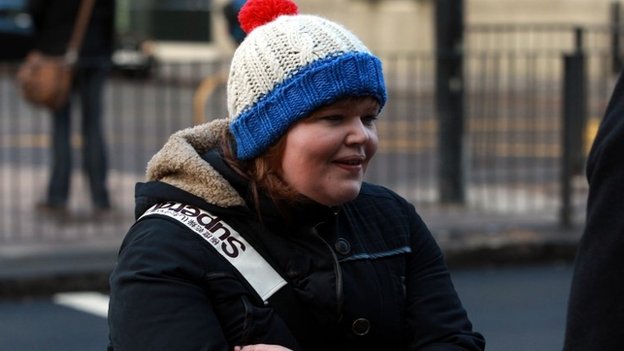 The debate over so-called internet trolls – people who use social media accounts to abuse others – has been attracting headlines for several years now.

The daughter of actor Robin Williams signed off Twitter following taunts about her father’s suicide.

And Sara Payne, whose daughter Sarah was abducted and murdered in 2000, said she was leaving the social media network after years of online harassment.

What can be done to stop trolling?

Increasingly victims of trolling are confronting their bullies.

When a troll targeted US journalist Lindy West, setting up an account in her dead father’s name, she wrote about it.

After describing some of the abuse, she received an email from the troll, apologising for his behaviour.

And Isabella Sorley, who was jailed after posting abusive messages on Twitter about feminist campaigner Caroline Criado-Perez, has been attempting to make amends, appearing in media interviews condemning her own words and urging other young people not to follow in her footsteps.

Twitter’s confession about how it deals with online abuse comes ahead of rumours that it is about to strike a deal with Google to make its 140-character updates more searchable on Google.

The deal may be confirmed when the firm releases its financial results for 2014, expected on 5 February.