Chief executive Mark Zuckerberg has said the platform will not ban users from engaging in Holocaust denial or other content he finds offensive but Facebook does stop such content from appearing in other users’ news feeds. 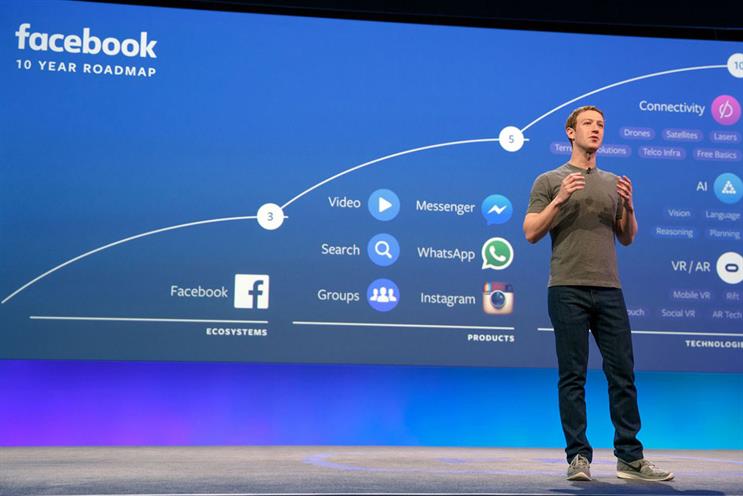 Zuckerberg: ‘our goal is stop to fake news and disinformation spreading across our platform’

Speaking in an interview published yesterday, Zuckerberg cited Holocaust denial as an example of something that, as a Jew, he personally finds “deeply offensive” but that he doesn’t believe Facebook should take down.

However, his subsequent claim that he didn’t think people were lying about the Holocaust on purpose – and it was hard to understand people’s intent – triggered a storm of protest. Zuckerberg later emailed his interviewer, Recode’s Kara Swisher, to say: “I absolutely didn’t intend to defend the intent of people who deny [the Holocaust].”

In the email, he went on to clarify how Facebook treats content that its fact-checkers flag as false – explaining that the platform does not take it down but limits its spread.

“Our goal with fake news is not to prevent anyone from saying something untrue – but to stop fake news and misinformation spreading across our services. If something is spreading and is rated false by fact checkers, it would lose the vast majority of its distribution in News Feed. And of course if a post crossed the line into advocating for violence or hate against a particular group, it would be removed. These issues are very challenging but I believe that often the best way to fight offensive bad speech is with good speech.”

According to Swisher’s interview transcript, Zuckerberg also said it would take another 18 months “to fully retool everything at Facebook to be on top of all the content issues and security issues”.

Swisher also covered the topics of user opt-in to targeted ads on Facebook, the way it allows their data to be accessed (or not) and what Zuckerberg thinks is the most exciting product area at the moment.

Asked whether users know enough about what they are opting into, Zuckerberg said: “During the GDPR flows, and rolling that out, one of the specific things that we needed to do was get specific opt-in permission from people to use information from the websites that they used and apps in order to help target ads. And the vast, vast majority of people chose explicitly to opt into that, which goes in line with everything that I’ve seen on the research from what people want, which is that when faced with the decision of do you want more relevant ads or less relevant ads, if you’re gonna see ads, people want better ads. Not everyone; I mean, some percent of people said no, but the overwhelming majority of people say yes.”

Asked when he decided it was a bad idea to allow advertisers to use data provided by data brokers within Facebook’s ad sales system, Zuckerberg replied: “Well I think around the time of the Cambridge Analytica issue, we realised that we needed to do a full audit, not just of that specific issue, but across all the platform, like everything that was going on. Where was data coming into the system, where might people’s data be going out, and every case of that, do people understand what is going on? And we just made a series of decisions that were like ‘No, we think that given how we view our responsibility and where the world is, this is no longer the right thing.’”

Finally, he again tipped virtual and augmented reality “to be a really big deal” in the longer term.

“You can just see this trajectory from [the] early internet, when the technology and connections were slow, most of the internet was text. Text is great, but it can be sometimes hard to capture what’s going on. Then, we all got phones with cameras on them and the internet got good enough to be primarily images. Now the networks are getting good enough that it’s primarily video. At each step along the way, we’re able to capture the human experience with greater fidelity and richness, and I think that’s great,” he said.

“Now, I do think that we’re gonna move towards this world where eventually you’ll be able to capture a whole experience that you’re in and be able to send that to someone,” Zuckerberg continued. “I think that’s just gonna be an amazing technology for perspective taking and putting yourself in other people’s shoes, for being able to feel like you’re really physically there with someone, even when you’re not.”