Will the Iran nuclear deal bring peace or destroy it?

The latest development that the experts claim is undermining the Iran deal is Russia’s move to cement its alliance with Iran in Syria during last week’s meeting of 200 world leaders.

The Iran Nuclear Agreement is good for Middle East peace but neither the agreement nor the international unity forged in Vienna will be able to resolve the deep-rooted regional problems in the region.

The creation of the Modern State of Israel and the Middle East conflict were both part of a Rothschild/Illuminati meticulous New World Order depopulation plan.

On May 14, 1948, the British Mandate over Palestine expired and Rothschild had established the Jewish State located in the only place in the world that could have a clash of civilizations, Jerusalem.

The Jews return to the “Holy Land” portends Armageddon.

Armageddon, the final battle, will come when someone blows up the Dome of the Rock. That magnificent golden domed mosque built on the site of Solomon’s Temple (the abomination of desolation, The Key to the Secret of Universe) is preventing the return of the messiah. Radical Christians and Jews believe Christ will not come back to earth until the Jews rebuild the Temple.

Should the Dome be demolished, then for the first time in history, thanks to Saddam Hussein when he destroyed 90 percent of Iraq’s Wetlands, 200 million people could cross the Euphrates for a holy war in Jerusalem. [1]

A war that will rid the planet of millions of useless eaters. The Rothschild New World Order only needs 500 million of us for slaves.

The New World Order is one of the 33 conspiracies proven to be true and everyone from Carter to Clinton have never been able to find a path to peace because, as the Frog and the Scorpion fable teaches us, there isn’t one.  [Appendix A]

Before you dismiss the idea that Baron Rothschild, the “father of Israel,” was the not-so-hidden hand making sure all the initiatives failed, consider this: What have the Rothschilds really done for the Jews?

They spend money on Land, Hospitals, Universities, Streets and Important Buildings but in all the time they have been involved with the Jewish people they never supported the one thing that would really make a difference in the lives of the Jews: Peace. Google Rothschild and Peace and the only result is that in 1967 Baron Edmond de Rothschild founded the Middle East Peace Institute. There is no record of Middle East Peace Institute every doing anything let alone promoting peace in the Middle East.

Click here or on the image below to watch a nine-minute video Stinging the Hexagram (that keeps getting removed from the Internet) where no one drowns. 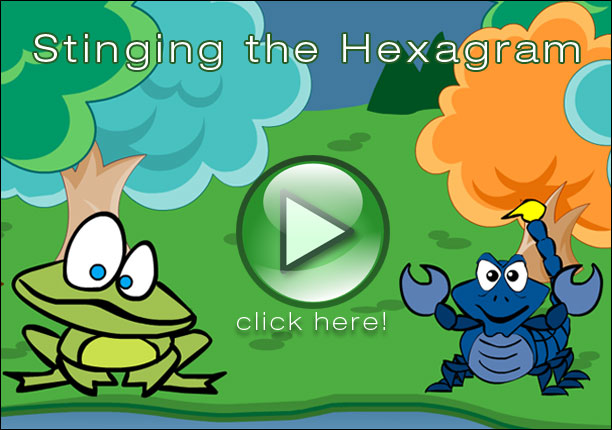 You can view the animation with subtitles in English, Hebrew, Arabic and Chinese.

After you have watched the video you will want to read STINGING THE HEXAGRAM: The Middle Kingdom Takes on the Middle East to find out why the animation has subtitles in Chinese.

Katherine Smith PhD, is a regular contributor to the home of Thought Provoking Articles and can be reached at mandrell2010@gmail.com.

[1] In 1994, 60 percent of the wetlands were destroyed by Saddam Hussein’s regime. They were drained to permit military access and greater political control of the native Marsh Arabs. 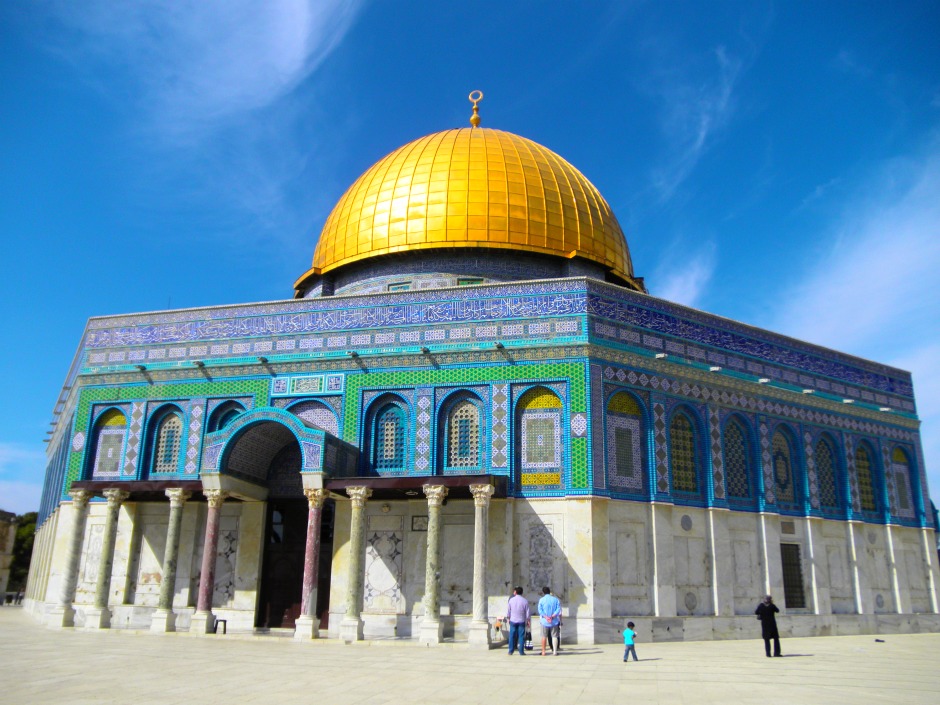 DOME OF THE ROCK in Jerusalem

The radical Jews and Evangelical Christians who want the Messiah to return could ignite a “formidable social cataclysm,” a worldwide firestorm between Jews and Muslims, if the Israelis are blamed for demolishing the third most holy place in the Muslim world, The Dome of the Rock. That magnificent golden domed mosque, was built right on top of the second temple (Herod’s Temple) and, according to the Bible, is preventing the return of the Messiah. Radical Christians and Jews believe the Messiah will not come back to earth until the Jews rebuild the Temple.

Note that Architectural Plans already exist for the Third Temple, including the demolition of the Dome of the Rock.*

Appendix A
Informed Opinion Essays on the Modern State of Israel